When We See Them

The series tells the true story of five men who as teenagers were wrongly accused of the rape of a jogger in Central Park in New York in 1989. These men endured years of racially and politically charged betrayals by the system, national condemnation and prison brutality before finally being vindicated when the true attacker confessed.

Currently, our system relies on an intentional and racist game of blame-convict-punish. When crime happens, police officers engage in often-racist searches to find whom to blame. District attorneys seek harsh convictions and victory instead of truth and fairness. Judges then dole out the punishment, which often means removing people from their stability — their jobs, families, healthcare, homes — to serve lengthy stays in prisons or jails with horrifying environments and rampant abuse.

The ACLU of Southern California is working to change this.

The ACLU SoCal works on measures that keep police accountable like Senate Bill 1421, passed last year, that finally gives Californians access to police records and Assembly Bill 392, currently in session, that would create a new use of force standard and help save lives. We work on sentencing reform, alternatives to incarceration, smooth reentry and protecting innocence.

This year, our top priority is changing how district attorneys operate in the criminal system. District attorneys are the mass incarceration machine's largest cogs. They decide who deserves a jail or prison sentence, whom to route into pre-plea or pre-trial diversion program designed to help people rebuild their lives and whose charges to dismiss. And they abuse their power. We know DAs coerce confessions. We know they fight reforms to keep juveniles out of adult court. We know they break the law in pursuit of convictions.

It doesn't have to be like this. DAs can instead protect justice and those most susceptible to injustice. They can interrupt deportations. They can partner with community services to provide diversion and treatment that keep families together. They can reduce sentences, increase transparency, create thriving conviction integrity units. They can recalibrate office priorities and even reduce their own power.

In Los Angeles County, we are working with a coalition of people who have endured harsh DA policies — along with other stakeholders, grassroots and policy organizations, artists and activists — to share people's experiences with the Los Angeles DA's office, to educate others about the power DAs wield and to encourage voters to elect a DA who reflects their values. Will you join us?

The work to upend this oppressive system begins with knowledge. It begins with stories that speak truth and stir action by centering people most directly impacted. It begins with understanding the systems at play around you. From there, we can create a world we'd like to see — a world where Black and brown lives truly matter, where justice is about seeking and protecting the truth and where DAs help ensure that what Antron McCray, Kevin Richardson, Yusef Salaam, Raymond Santana and Korey Wise faced will never happen again.

"When They See Us," created, directed and co-written by Ava DuVernay, debuts on Netflix on May 31. On June 7 at its 25th Annual Luncheon in Downtown Los Angeles, the ACLU SoCal will honor the five men — Antron McCray, Kevin Richardson, Yusef Salaam, Raymond Santana and Korey Wise — with a Roger Baldwin Courage Award, and "When They See Us" will receive the Social Responsibility in the Media Award. You can purchase tickets to the event online. 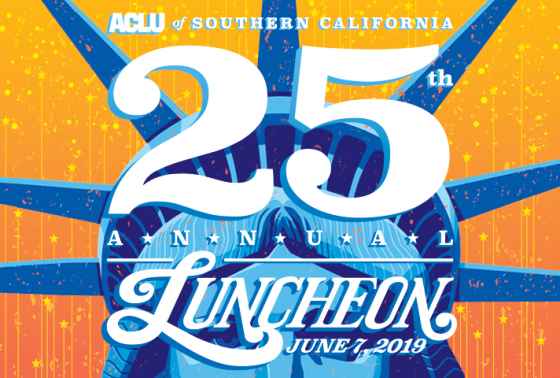