The American Civil Liberties Union (ACLU) defends the fundamental rights outlined in the United States Constitution and the Bill of Rights. These include the right to freedom of speech and assembly, the right to religious freedom, due process of law, equality before the law and the right to privacy. The ACLU also relies on state constitutional provisions and federal and state laws that further these and similar rights.

The work of the ACLU can be categorized as follows:

The rights of free speech, free association and assembly, freedoms of the press and religion, including the strict separation of church and state.

The right not to be discriminated against on the basis of certain classifications, such as race, sex, religion, national origin, sexual orientation, age, disability, etc.

The right to be treated fairly, including fair procedures when facing accusations of criminal conduct or other serious accusations that can lead to results like loss of employment, exclusion from school, denial of housing, cut-off of certain benefits or various punitive measures taken by the government.

The right to a zone of personal privacy and autonomy.

Groups and Individuals That Continue to Struggle for Civil Liberties

The extension of all the rights described above to those who are still fighting for the full protections of the Bill of Rights, including women, immigrants, the poor, people of color, transgender and gender nonconforming people, members of minority religions, people with disabilities, lesbian, gay, or bisexual people, people experiencing homelessness, prisoners and children in the custody of the state.

We accomplish the above by public education, lobbying and litigation. We educate and help empower individuals about their rights. We advocate for and against federal, state and local measures. And, when necessary, we file federal and state court lawsuits. We do all of this to defend and preserve the individual rights and liberties that the Constitution and laws of the United States guarantee everyone in this country.

How We Do it 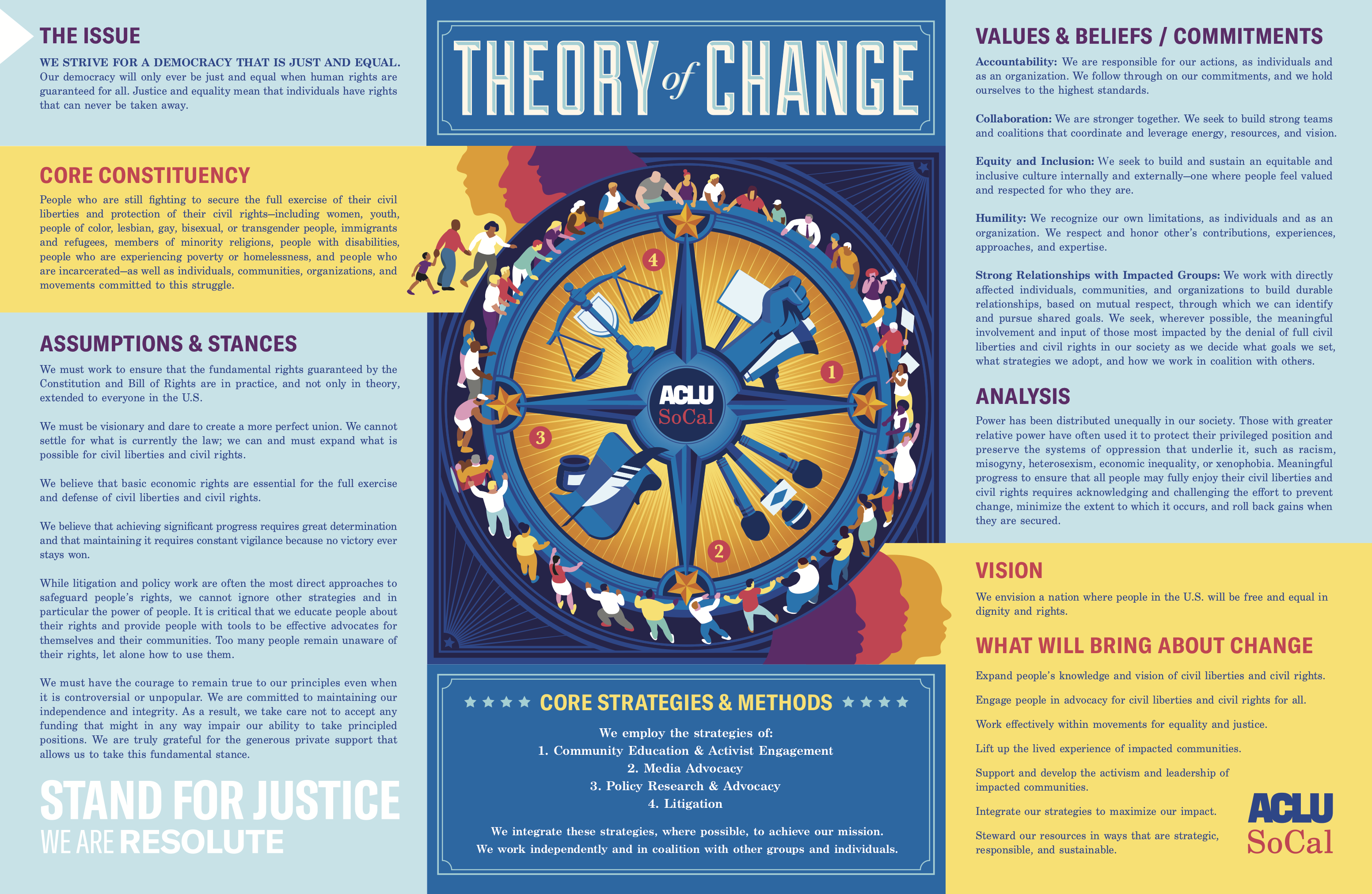 Learn about our theory of change

Learn about our Racial Justice Framework