California Act to Save Lives (AB 392)

Police officers should avoid using deadly force whenever possible. But, right now, officers can legally use deadly force and kill someone even when they have other alternatives. AB 392: The California Act to Save Lives, introduced this year by Assemblymember Shirley Weber (D-San Diego), will make clear that police officers should only use deadly force when necessary. It is a common-sense bill modeled after best practices already in place in some departments — and that we know work to reduce police killings and save lives.

Both chambers of the California state legislature passed AB 392! This means the bill will go to the governor for his signature.

Thank your legislators for supporting AB 392 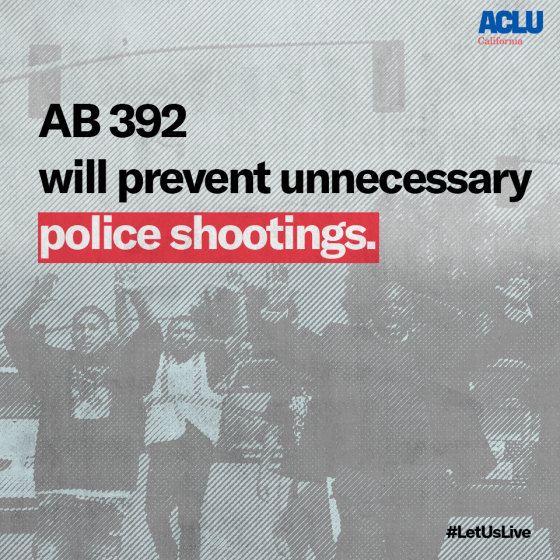