The Los Angeles Police Commission is considering new guidelines for LAPD body camera video footage, and you have until May 7th to weigh-in. This is your chance to influence critical issues surrounding police transparency: When do body camera videos get released? Who gets to see it? Should relatives of victims play a role in these decisions?

Fill out the LAPD's questionnaire now.

All too often, law enforcement agencies have flat-out refused to release videos to the public, or have held onto them until long after interest in the case has waned. But video of a deadly force incident can tell a story disturbingly different from an officer's and other official accounts.

Here are five points to consider when filling out the questionnaire:

1) The public has a right to view video evidence when police use of deadly force is involved -- each and every time.

The public grants police officers the unique authority to use deadly force against citizens under limited conditions. When the police use this authority, the public has the right to all information surrounding the use of force to determine whether it was appropriate and to help hold officers accountable if it was not. Period. This is not a case-by-case decision.

2) Giving LAPD discretion to decide when to release video undermines the public’s trust in the department. The LAPD’s current policy gives it complete discretion as to whether and when to release body camera video footage. In practice, the LAPD has released limited video footage only when it supported its version of events and withheld video when it did not.  And while the LAPD keeps the video footage secret, it often releases a description of what it claims the video showed. Yet, when non-LAPD personnel has viewed the withheld video, it did not match the LAPD’s description.

For instance, when a journalist was allowed to view unreleased body camera video footage of the LAPD’s shooting of Charly Keunang, the journalist reported many inconsistencies with the LAPD’s version of events, and specifically that the video did not show Keunang reach for an officer’s weapon—which was the LAPD’s justification for the deadly shooting.

This selective release undermines the value of body cameras as a tool for the public to monitor the police and fosters the well-deserved perception that the LAPD is hiding the truth. The inevitable result is distrust between the police and the communities it serves.

3) The release of video should not depend on the wishes of the civilians shown in the video, or their families.  Often individuals that are the subject of LAPD officers’ uses of deadly force -- or their families -- are front-and-center in calling for the release of body camera video. But when they're not, an individual’s desires should not override the public’s right to know how and when officers choose to use deadly force against civilians.

When justified, unusually graphic images in the videos could be blurred without preventing the public from seeing and assessing the officers’ use of force.

4) The public should not have to wait to view body camera video until after internal investigations are completed or until the district attorney has decided to bring charges.  The public has a right to view evidence of an officer's use of deadly force as close to the incident as possible—not years after it occurs. If footage is not released soon after the incident, the footage is useless and cannot help the public hold officials accountable—like LAPD investigators, police commissioners and the district attorney, who are all responsible for investigating and impartially prosecuting police when misconduct occurs. It often takes years for the Police Commission to evaluate a use of deadly force or for the district attorney to decide to press charges. Waiting until those decisions are made will give those agencies a motive to delay their decisions, in hopes that the public will lose interest.

Body camera footage should be released no later than 30 days after an incident. This gives the public the information it needs, and the LAPD plenty of time to investigate without worry that releasing video would interfere with potential witnesses’ memories. The off-chance that investigators may find a new witness weeks after an incident is minimal and is not worth the cost of withholding the footage from the public.

5) Releasing body camera video won’t interfere with an investigation or keep officers from receiving a fair trial. The LAPD’s own practices undermine its stated concern that viewing video footage would make witnesses less reliable or likely to come forward. After all, the LAPD’s current body camera policy allows officers under investigation for their use of deadly force to view body camera footage before they provide a statement to investigators. The LAPD also regularly releases surveillance video of suspects or apparent crimes in an effort to find potential witnesses. There is a legitimate concern that viewing video may influence eyewitness accounts, but waiting up to 30 days to release the video would allow investigators time to interview relevant witnesses before they view the footage.

It is also unnecessary to withhold video from the public to prevent it from being seen by potential jurors. Officers’ uses of deadly force almost never result in criminal charges—only one officer has been charged in a shooting in all of Southern California over the past 17 years. It makes no sense to withhold this information from the public on the very slim chance that an officer may be prosecuted. And in many cases, other citizens may capture cellphone or surveillance video that is made public immediately. Withholding body camera video only prevents the public from viewing what is likely the most complete record of events.

Even if criminal charges are brought, releasing the video footage will not keep the officer from receiving a fair trial. Particularly in the age of cell phone cameras and social media, it is often necessary for courts to take action to ensure that defendants receive a fair trial despite potential publicity, and they have the tools to do so. Courts question jurors to make sure they can be impartial, remove jurors who are not and change the trial’s location in extreme cases. Many defendants go to trial even when the public has seen video or other evidence of their alleged crimes, and there is no reason to believe police officers can’t receive an equally fair trial under the same circumstances. ​

Ready? Fill out the questionnaire now. 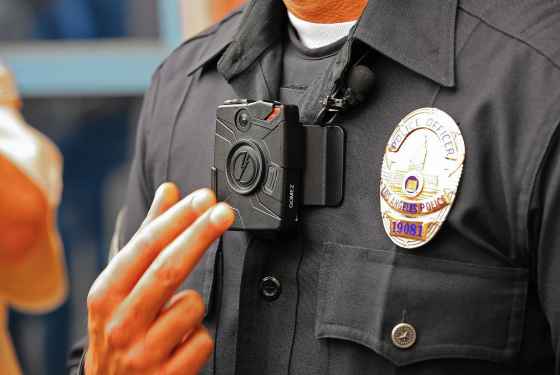