San Bernardino County Sheriff’s Department officers shoot members of the public with Tasers hundreds of times each year, with nearly half of those electric shocks resulting in injuries. And on four separate occasions since 2008, individuals have died after sheriff’s deputies tased them multiple times – even though federal guidelines on Taser use warn that “repeated or multiple applications may increase risk of death.”

After the San Bernardino County Grand Jury investigated the sheriff’s department Taser practices and published a report recommending changes, the department agreed to take steps to minimize unnecessary, repeat and prolonged Taser shocks. But one year later, Victorville resident Dante Parker died after sheriff’s deputies tased him at least 12 times – Parker’s family has alleged that deputies tased him as many as 27 times.

The ACLU Foundation of Southern California (ACLU SoCal) has sued the sheriff’s department to obtain public records related to its Taser practices. Ignoring calls from community members for transparency and accountability, the sheriff’s department refuses to disclose records that would allow the public to determine whether the department has taken seriously the grand jury’s findings and its own commitments. The sheriff’s department inaccurately insists that information about Taser use that is recorded in its use of force reports is protected from disclosure by attorney-client privilege.

And when ACLU SoCal asked for records relating to deaths associated with Taser deployments, the sheriff’s department replied that there have been no fatal incidents.

The sheriff’s department responses to ACLU SoCal’s public records requests are indicative of a troubling resistance to public accountability on the part of San Bernardino County’s law enforcement agencies.  When the Daily Show’s Jon Stewart included Dante Parker’s name in a list of unarmed black men who died following encounters with law enforcement, San Bernardino District Attorney Michael Ramos released a video statement on YouTube – not to assure the community that the actions of law enforcement leading up to Parker’s death would be thoroughly investigated, but to criticize Stewart for suggesting that Parker was “shot” when he was actually “Tased.” Ramos then took Stewart to task for what he described as attacking law enforcement officers who risk their lives for public safety. 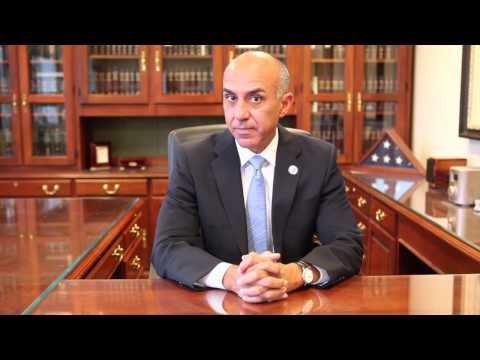 But scrutiny is not the same as attack, as Stewart noted in his on-air response. And public safety is not at odds with transparency and accountability. As the President’s Task Force on 21st Century Policing recently emphasized in its Interim Report: “Data collection, supervision, and accountability are [...] part of a comprehensive systemic approach to keeping everyone safe and protecting the rights of all involved during police encounters.” The task force stated that law enforcement agencies must “establish a culture of transparency and accountability in order to build public trust and legitimacy,” which are cornerstones of effective policing.

Other law enforcement agencies across the country realize how important transparency and public trust are for policing. Many voluntarily disclose information recorded in use of force reports, including data relating to Taser deployments. It should not require judicial intervention for the San Bernardino County Sheriff’s Department to take the same approach to its job.

It is possible that the sheriff’s department has made strides to improve its Taser practices. But it will be impossible to figure out what has been done to address this important public safety issue, whether those efforts are working or whether more needs to be done, until the sheriff’s department provides the community it is meant to serve and protect with the information it needs to meaningfully engage with the department.

Adrienna Wong is staff attorney at the ACLU of Southern California. Follow ACLU_SoCal.