Racial Profiling & The LAPD: A Study of Racially Disparate Outcomes in the Los Angeles Police Department 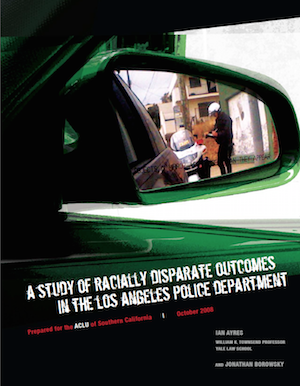