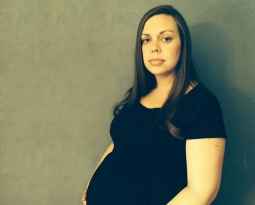 REDDING – Under the threat of a potential lawsuit, a Catholic-affiliated hospital in California’s largest hospital network has approved a previously denied doctor’s request to perform a post-partum tubal ligation.
The approval from Mercy Medical Center was received just days after the American Civil Liberties Union and the ACLU of California sent a demand letter on behalf of client Rachel Miller, charging that the hospital had unlawfully denied her reproductive health care.
"While we’re grateful Mercy Medical has agreed to provide medical care in this instance for Ms. Miller, the reality remains that there is a clear conflict between the best interests of patients and the directives of the Catholic hospital system,” said Elizabeth Gill, senior attorney at the ACLU of Northern California. “Religious institutions that provide services to the general public should not be allowed to hold religion as an excuse to discriminate or deny important health care. With Catholic hospitals increasingly prevalent, including as the only option for some women, Rachel is just one of many women who risk being denied care, because Catholic bishops are telling medical professionals how to operate.”
The hospital’s directives, written by the United States Conference of Catholic Bishops, classify common reproductive health procedures as "intrinsically evil.” In Ms. Miller’s case, the hospital cited the religious directives in refusing to approve her doctor’s original request to perform the tubal ligation after Ms. Miller’s scheduled C-section in late September. There are no other hospitals within a 70-mile radius that have birthing facilities and that are not Catholic-affiliated. Miller’s insurance company had offered to cover her delivery at the UC Davis Medical Center in Sacramento, which would allow her to obtain the tubal ligation, but that hospital is more than 160 miles away.
“This is a decision that I made with my family and my doctor and no one else should be involved in that process,” said the plaintiff, Rachel Miller. “I hope my case will shine a light on this issue so that others aren’t turned away. No one should be denied medical care their doctor recommends.”
Tubal ligation, known familiarly as “getting one’s tubes tied,” is the contraception method of choice for more than 30 percent of U.S. married women of reproductive age. An estimated 600,000 women undergo this procedure each year. For women who want a tubal ligation, performing it at the time of a C-Section is recommended practice and aligns with medical standards of care.
“As a board-certified OB/GYN with 14 years’ experience, I can say with absolute confidence that post-partum tubal ligation is an incredibly common and safe method of contraception — especially for women like Ms. Miller, who are already scheduled for a C-section,” said Pratima Gupta, a California-based OB/GYN and member of the Physicians for Reproductive Health. “The directives ignore recommended medical practice and put women’s health at risk.”
Mercy Medical is part of the Dignity Health hospital system, the fifth largest healthcare system in the country and the largest hospital provider in California, with 29 hospitals across the state. Ten of the 25 largest hospital systems in the U.S. are Catholic-sponsored, and nearly one of nine hospital beds in the country is in a Catholic facility.
Related Issues