Growing up gay in the South wasn’t easy. But what kept me striving for my own rights and the rights of my community were stories about countless civil rights leaders who faced their own seemingly insurmountable struggles. I was astounded to discover the sacrifices so many people had made in exchange for the rights future generations like mine enjoy. While the list of LGBTQ leaders I look up to is long, it includes: 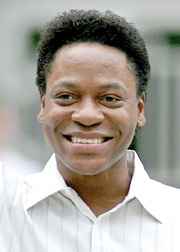 But one of my favorite LGBTQ heroes is less known. As we celebrate Black History Month, I want to honor Tyrone Garner—the other man involved in the unconstitutional sodomy arrest that led to the landmark Lawrence v. Texas ruling more than a decade ago.
Even the case’s name erases Tyrone’s role in the matter. John Lawrence is certainly a hero, too. After all, he did stand up to the authorities in Texas and refused to be treated like a second-class citizen, which resulted in a victory that elevated the LGBTQ community’s status under the law. Despite the nature of his case (over and over again he would have to sit through recitations of his sex life in front of countless strangers), John was willing to become the face of the movement at that time. But so was Tyrone. Yet, so often, it seems Tyrone and his bravery get lost in the story.
Tyrone’s courage is magnified by the fact that he did all of this despite the struggles he also faced as an African-American man born into and living in poverty in Texas. Indeed, race played a role in the arrest—police busted into John’s home after an anonymous, false tip alleging that a Black man was wielding a gun at the apartment.
Unfortunately, Tyrone didn’t have the opportunity to experience much of the new era of equality his case created; he passed away just three years after the ruling. For Tyrone and many of our other heroes, we must honor their memories by continuing to advance justice in their absence. Let us all do just that as we pause to remember their spirits.
James Gilliam is deputy executive director of the ACLU of Southern California. Follow him on Twitter.
Related Issues