The fate of AB 1266 (the School Success and Opportunity Act) is currently in the hands of Gov. Jerry Brown, after passing both chambers of the California legislature. The bill would ensure that transgender students have equal access to facilities and activities – such as gym class – that match their gender identity.
Jacob Rostovsky, now 22 years old, knows firsthand the importance of AB 1266. The Los Angeles Unified School District implemented an equal access policy for transgender students in 2005. But when Jacob first began attending a Los Angeles high school before the policy’s implementation, he was forced to use the girls’ bathrooms. He had to participate in swim class, and change in the girls’ locker room, where he was taunted. He become so uncomfortable that he skipped swim class, and eventually failed the course.
While the LAUSD now successfully protects transgender students, many districts throughout the state fail to offer such protections. AB 1266 would change that. Check out Jacob’s video, where he explains why you should urge Gov. Brown to sign AB 1266 into law: 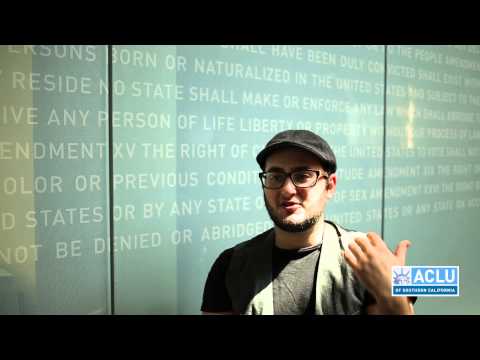