The Fault In Our Stars (“TFIOS,” to fans) is a critically acclaimed, largely popular YA novel about two terminally-ill teenagers who fall in love. Business Week reported in April that “more than 7 million hardcover copies […] have circulated widely—among middle school English classes, from teen to tween, from child to parent to grandparent, and beyond.”

In the city of Riverside, a middle school librarian received so many requests for TFIOS from students interested in reading the book that she personally purchased four copies and donated them to the school library. But certain Riverside Unified School District administrators weren’t such fans of the book. The district’s materials reconsideration committee banned TFIOS from middle school libraries after a parent complained that the book depicted the love between the novel’s teen protagonists, Augustus and Hazel, in a “demeaning way.” (The parent also complained that the novel encouraged youth to think that it is socially acceptable for parents to be “uninvolved” in their children’s lives, because Hazel’s mother allows her to go to the movies without asking her who she is going with.)

In light of the parent’s complaints, the district committee decided that TFIOS should be banned because it is not “age appropriate” for middle school students. But plenty of middle schoolers in Riverside and across the country have read and appreciated the book. As one review says, the book is written “for youth, rather than to them, and the difference is palpable.”

So what does “age appropriate” really mean here? Too often, school officials ban books as unsuitable for certain age groups – not because the books are too difficult or complex for students of that age group to understand, but because they contain certain values or ideas that parents or school administrators wish to suppress. This kind of viewpoint discrimination violates the First Amendment, as courts have repeatedly held in cases like Board of Education, Island Trees Union Free School District No. 26 v. Pico and others.

In the case of Riverside Unified’s removal of The Fault In Our Stars, it is clear that the committee’s decision was meant to shield middle schoolers from particular ideas about various topics: appropriate parenting styles, teenage sexuality, the inevitability of death. Two different committee members opined that the book was not age appropriate because it would cause middle school students to think about "heavy" topics like cancer and death.

Parents and students who wish to discuss and read about real life issues like death and teenage sex should not have their First Amendment rights restricted simply because other parents find an author’s views on those topics frightening or unorthodox. As TFIOS author John Green ironically suggested on his tumblr, it is quite likely that many middle school-age youth have already started to think about mortality. After all, TFIOS was inspired by a girl who was diagnosed with cancer at the age of 12. 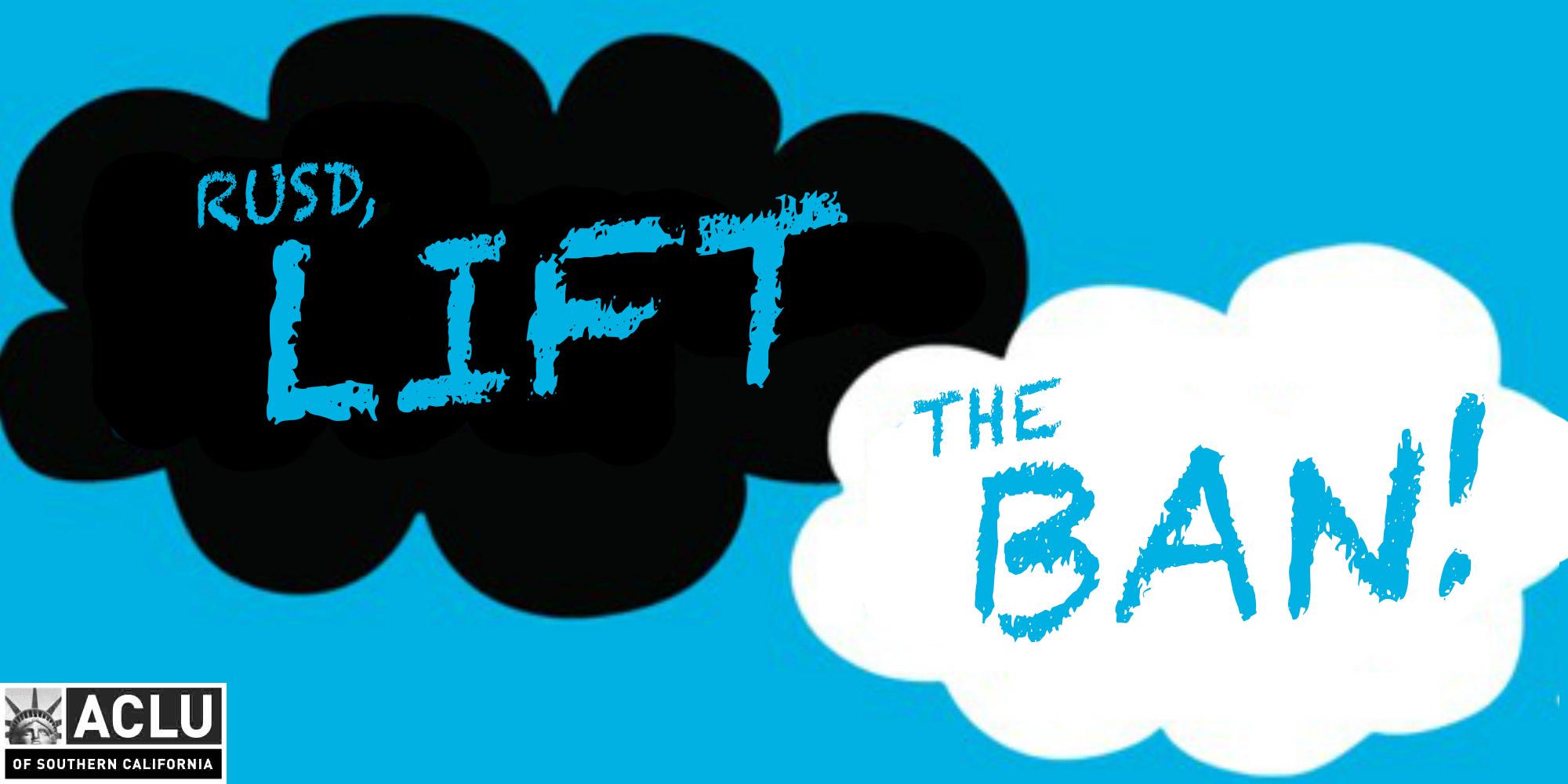 TWEET: Spread the word and tell the Riverside Unified School District to #LiftTheBan on #TFIOS

The ACLU Foundation of Southern California and other organizations, such as the National Coalition Against Censorship, have written to Riverside Unified’s School Board to urge it to overturn the committee’s decision. And you can make your voice heard, too!

On Monday, December 8, the school board will be holding a public meeting to reconsider whether The Fault In Our Stars should be restored to the school library or remain banned from middle schools. We urge local residents and young fans of TFIOS to come out to the meeting to voice their thoughts and help us restore the book to library bookshelves.

Adrienna Wong is staff attorney at the ACLU of Southern California. Follow ACLU_SoCal.