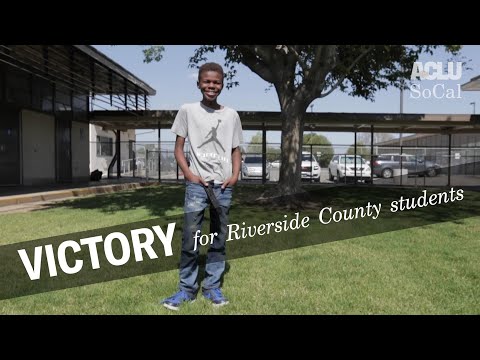 Since 2001, the Riverside County probation department has been needlessly funneling young people struggling with grades, behavior, trauma, and mental health into the criminal justice system.

This direct line to the criminal system is the product of a partnership between local school districts and the county probation department called the Youth Accountability Team (YAT). Instead of counselors or other school and community-based supports stepping in to support and help these kids, school staff would effectively turn students over to the criminal justice system. Black and Latinx youth in particular are more likely to be referred to the criminal system through this misguided program.

Thankfully, after more than a decade of placing children on probation, this is all changing. Today, we filed a landmark settlement with the federal district court that, when approved, will end the relationship between the probation department and school districts in Riverside.

The settlement follows a lawsuit filed last year by the ACLU Foundation and the ACLU Foundation of Southern California, together with the National Center for Youth Law and the law firm of Sheppard, Mullin, Richter, and Hampton on behalf of Sigma Beta Xi, a nonprofit servicing at-risk youth. Through the YAT program, young people without legal representation entered a term of probation believing that they were avoiding more serious consequences in juvenile court, when that was often not the case. Many of these children experienced probation supervision even though they had not committed a crime. To make matters worse, the YAT program — originally intended to help divert kids from the criminal system — utilized outdated, unhelpful approaches, and violated their rights. The probation department subjected students to onerous terms like drug testing, surprise searches of their home and person, and a lengthy list of rules and restrictions.

Many young people who participate in Sigma Beta Xi’s programs report that they expected their participation in YAT would help them access mentoring, but what they experienced was further criminalization that made it even harder to succeed in school. As one of their youth leaders who was a plaintiff on the case shared, "I know, like all kids, I make mistakes, but that doesn't mean I should be treated like a hardened criminal in school. I felt like I was thrown into a system I knew nothing about, with no guidance or support for me or my family."

As in many areas of juvenile justice, research on adolescent development shows that traditional models of juvenile probation are ineffective and even harmful to young people. Adults who have spent time with young people likely recognize what the research tells us: that youths have a hard time remembering and complying with a long list of rules, that long term consequences are often overshadowed by short term influences and incentives, and that they have a keen sense for fairness. These traits are a part of adolescent maturation and a product of healthy brain development. They also mean that young people are set up to fail when a probation department assigns them lengthy lists of rules and restrictions with zero-tolerance consequences.

Now, through the settlement, the county will no longer accept referrals for things that are not and should not be treated as crimes, such as school discipline problems and status offenses like truancy. Instead, these will be addressed through schools and community resources. The county is committing to reinvest millions of dollars in community organizations that can better address the challenges young people face.

When young people accused of a crime do have contact with the probation department, they will now face a system that respects their rights and aims to meet them where they are, providing positive support to get them back on the right track. Young people who are recommended for diversion will have an appointed defense lawyer from referral until they exit the program. The probation department will improve transparency and communication with families, and remove rules and restrictions that violated the constitutional rights of young people. Across the board, the department will now focus on providing support and incentives to help young people make the right decisions instead of focusing on compliance and escalating consequences. The probation department is also changing its policies and practices by working with experts to provide training to all officers on this new approach. To ensure the program's success and foster accountability, they will track data to evaluate its progress and impact on young people of color.

The lawsuit we filed a year ago aimed to end a program that was wrong on the law, wrong on policy, and wrong for young people. This week's settlement will not only end these practices, but provide a transformative, youth-centered framework for Riverside County to become a model in juvenile justice — not only in California, but nationwide. 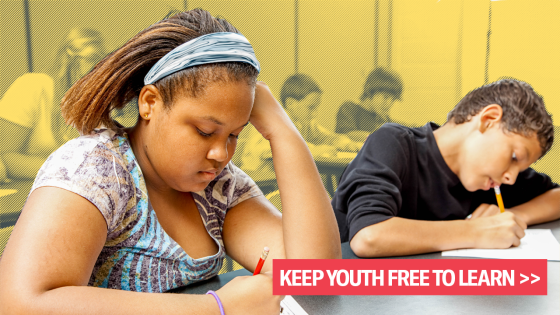