Brutality takes many forms. One kind takes your life away, like that experienced by Ezell Ford, Michael Brown, Eric Garner, Walter Scott, Freddie Gray, Dante Parker, and an et cetera so numerous it threatens to quash hope. Another kind leaves your body broken, like we saw in that horrifying helicopter footage from San Bernardino. Perhaps the most insidious kind seeks you out and makes you feel terrified, harassed, unsafe, unprotected, as though people see you as a threat through no fault of your own.

If the enforcers of our laws were angels, to paraphrase the federalists, police would always follow policy, and brutalities such as these would not occur. But they are human, and so transparency and oversight must verify compliance.

This year, California saw several attempts to usher in an era of fairer policing. At the Capitol, legislators had a chance to collect data and inch us closer to a state where police officers are better trained, less biased, more inclined to protect everyone and act fairly than to protect some and hurt others. Two data collection bills were introduced in the Assembly to curb police brutality (AB 619) and racial profiling (AB 953).

Sadly, when push came to shove, an alarming number of Assembly members backed down in the face of a law enforcement lobby that doesn’t like change. AB 619, which would have required all agencies to report when someone is hurt or killed during a law enforcement interaction, died in Committee. And even after a passionate showing of legislators gave strong voice to public concerns by standing up (literally) for AB 953, the bill still barely eked out of the Assembly with the minimum votes—41. 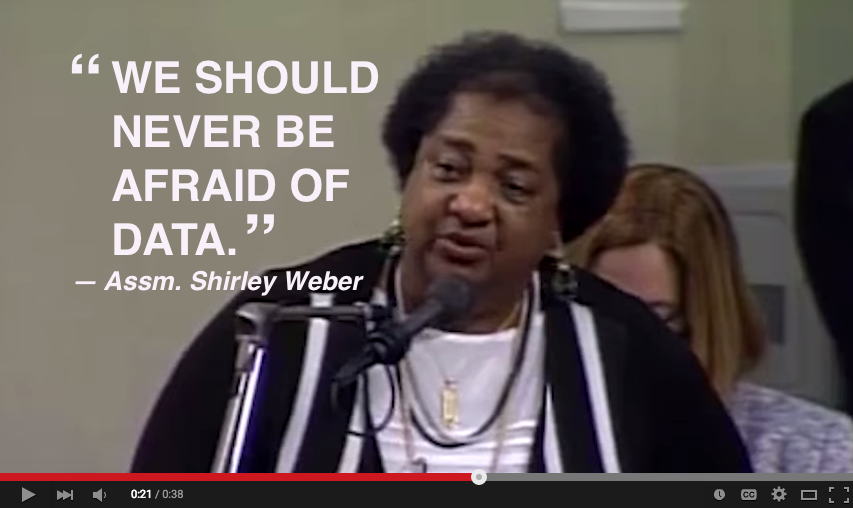 And you should know, this doesn’t usually happen. This many legislators do not stand up for bills on the floor. It happens when people pay attention to the crisis of confidence, the crumbled community-police trust, and refuse to bury their heads in the sand. It happens when our legislators do their job and fight for the change their constituents demand and need.

So as one of the last few bills left standing, we hope the Senate Public Safety Committee will also hear Californians’ cries for change on Tuesday, July 7th, when they vote on AB 953. We hope the committee will bravely stand up for the bill as well.

If we are serious about addressing what leads to brutality—racial disparities, bias, poor training, no transparency or attendant accountability—and we want to move to a place where people are treated fairly, we need more information about what is happening on the ground. AB 953 gets us the information required for accountability to exist. And when people’s lives depend on the changes that can result from that type of transparency, it’s not too much to ask.