The voices have been there for years, if you were listening – horrific stories of abuse of inmates at Los Angeles County jails; not by other inmates, but by the deputies guarding them. The brutal conditions could only have persisted due to the willful ignorance or even tacit support of Sheriff Lee Baca – and that’s why we’re now calling on him to step down. 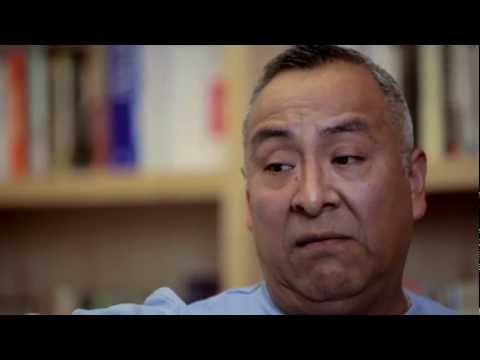 The ACLU of Southern California has been monitoring conditions at the jails since the 1980s, and we’ve been drawing attention to deputy-on-inmate abuse for years. But this year, for the first time, our annual Jails Report – released today -- quotes civilians who came forward to corroborate what inmates have told us. Two jail chaplains, a volunteer tutor, and an ACLU/SC employee all report witnessing deputies attack non-resisting inmates. Their accounts demonstrate not only the pervasive culture of violence in the jails, but also that deputies are unafraid to assault inmates even in plain view of civilians.
Esther Lim, the ACLU/SC Jails Project coordinator, witnessed the savage beating of an immobile, seemingly unconscious inmate in the Twin Towers Correctional Facility on January 24, 2011. At the time, Lim was meeting with another inmate in the facility‘s attorney room. She heard what sounded like a fight in the nearby staging area, and looked through the windows dividing the two zones. She saw two deputies punching and kneeing an inmate who lay face-down on the floor. The inmate wasn’t moving -- so still that he looked like a mannequin being used as a punching bag. But the deputies persisted in their attack, one of them shocking the inmate multiple times with a Taser gun. Although the inmate never moved from his spot on the ground, the deputies repeatedly yelled, "Stop fighting!" and "Stop resisting!" A Sheriff’s Department spokesman later tried to call Lim’s integrity into question.
The brutality that Lim witnessed is echoed in the accounts of two jail chaplains. Chaplains occupy a unique, independent role in the jails: their sole job is to minister to inmates. They have no stake in exaggerating or misreporting the details of violent encounters. These beatings – and the LASD‘s lack of concern about them – left both chaplains traumatized.
Chaplain Paulino Juarez was visiting inmates in 2009 as part of his ministry, when he saw three deputies beating a handcuffed inmate lying in a puddle of blood in a hallway. One of them finally looked up, stunned to see Juarez, and the beating stopped. “To this day, recalling the beating brings tears to my eyes, and I cannot finish talking about it without taking a few moments to compose myself,” Juarez told us. Deputies later called him “rat” and obscenities when they passed him in jail corridors.
The second chaplain who spoke with us was so concerned about deputy retaliation that he asked us not to use his name, but he witnessed a disturbingly similar incident in February 2011. Walking towards the chaplain’s office on the third floor of Men’s Central Jail, he saw four or five deputies repeatedly kicking an inmate. The inmate was lying motionless, face-down on the ground. His hands appeared to be tucked behind his back; they remained there throughout the attack. The inmate pleaded with the deputies to stop, yelling, “Help me.”
Chaplain Juarez was later accused of exaggerating by Sheriff Baca himself. The second chaplain was never even questioned about what he saw. With the hundreds of inmate accounts we’ve documented now backed up by civilian witnesses, it’s time for someone to pay attention. It’s time for Baca to resign.
Related Issues