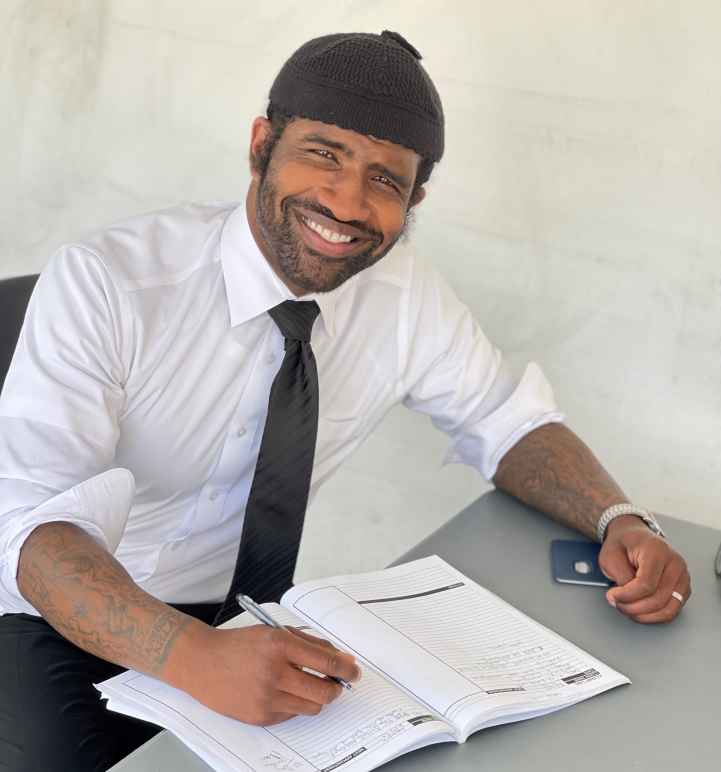 Yehudah Pryce graduated Summa Cum Laude from Adams State University, earning his Bachelor of Arts in Sociology with an emphasis in Social Welfare in 2019; he earned his Master of Social Work at the USC Suzanne Dworak-Peck School of Social Work in December 2020 where he was the Chair of Unchained Scholars; and he is now in the final year of a Doctorate of Social Work degree program at Simmons University. He is a clinical social worker for the Young Adult Court of the Superior Court of Orange County, a psychotherapist at the residential addiction treatment center Beit T’Shuvah, and a formerly incarcerated community member who was released in October of 2018 after serving over 16 years in prison for a non-violent robbery that he was arrested for as a teenager.

Yehudah is also a member of the Los Angeles District Attorney Accountability Coalition, for which he published a report on Criminalizing Victims and Trauma.