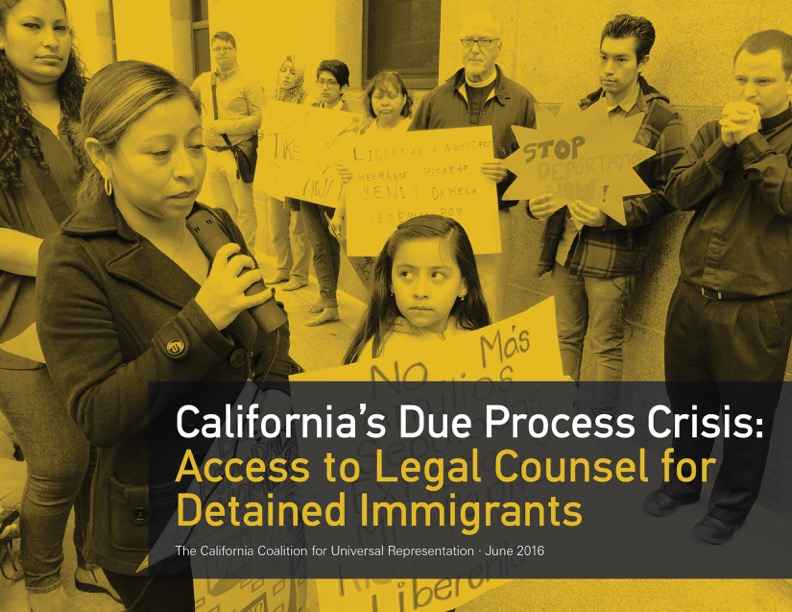 The ACLU of Southern California has joined forces with allies across California to address the state's immigration representation crisis. The California Coalition for Universal Representation released a study of detained immigrants’ access to counsel.  The report finds: Whether a person is torn from her loved ones should not depend on whether she can afford an attorney.
New York City, faced with similarly stark numbers, ever increasing enforcement, and failed federal reforms, created a universal representation system for detained New Yorkers. They started with a pilot, which was so successful that the city soon expanded the program to cover every detained person with a deportation case in New York City.  Now, all detained immigrants in New York are represented, and they are succeeding in their cases even more frequently than represented and detained immigrants were before the beginning of the program.
New York stepped in to defend its residents and its communities, and it’s time for Los Angeles to do the same. The coalition has proposed that the L.A. County Board of Supervisors fund a pilot program to serve detained immigrants in the L.A. area.
Take action and join the coalition in urging the Board of Supervisors to fund a pilot program providing counsel to our detained community members. Sign the letter.