Livia came to the United States from Brazil at age 7. Her parents, siblings, and two children are all U.S. citizens. She was a permanent resident for nearly 20 years before ICE started removal proceedings against her. Livia was held in ICE custody for 33 months fighting her deportation. When the COVID pandemic hit, Yuba County Jail did not have adequate plans in place to keep detained people safe from the virus. Livia suffers from asthma and Reynaud’s disease, which put her at increased risk of complications or death if she were to contract COVID. Instead of releasing Livia to safety, ICE held her in solitary confinement for over two weeks. She recalls her isolation as one of the darkest moments of her life.

“I felt like I had just come back from the dead. I felt alive again. I felt like I wasn’t left behind.” — Livia Pinheiro

As a result of a lawsuit brought by the ACLU Foundation of Northern California and its partners, Livia was released from detention before a COVID outbreak at Yuba.

Livia describes the feeling of her release: “I felt like I had just come back from the dead. I felt alive again. I felt like I wasn’t left behind.”

Upon her release from ICE custody, Livia finished A New Way of Life re-entry program. She then graduated from the Anti-Recidivism Coalition’s pre-apprenticeship program to join the trades union, and she received an MC3 (multi-craft curriculum) certificate. She has been offered a union job as a plumber which she expects to start soon. In the meantime, she has been working as a nursing assistant at Serenity Recuperative Care. She rents her own apartment and owns her own car.

Livia is dedicated to helping other LGBTQ immigrants like herself. Since her release, she has volunteered as an interpreter for Transcend Arizona, a grassroots group working to support the LGBTQ community in immigrant detention centers and prisons. She has also worked with Second Chance, an organization that offers counseling sessions and therapy for formerly incarcerated people.

Livia continues to fight for her ability to stay in the U.S. with her family, including her son and daughter (pictured with Livia). Despite the challenges she faces, she feels that “so much good is still to come.”

Adrián and his partner Yasmani Osorio Reyna — Cuban asylum seekers — first arrived in the U.S. in January 2020. The couple fled Cuba —where Adrián coordinated overseas medical mission trips and Yasmani worked at a radio and television agency — in search of the right to love each other freely. They first fled to Guyana before making their way to Brazil and up through the Americas until they reached Tijuana.

After waiting several months for their numbers to be called, they voluntarily turned themselves in at the U.S.-Mexico border in San Ysidro, at which point they were detained and transferred to the Otay Mesa Detention Center in San Diego, California. There, they waited over three months for their asylum claims to be heard.

After the spread of COVID-19 in early 2020, Otay Mesa had the highest number of confirmed COVID-19 cases among immigration detention facilities in the United States. Guards refused to provide detainees with masks. Adrián went on a hunger strike to protest the conditions at Otay Mesa, only to be attacked by guards. Soap often ran out for days on end. More than 100 detainees occupied each housing unit, making social distancing and proper hygiene impossible. Yasmani and Adrián each received one mask, which became dirty and tattered from constant use; neither was offered another.

As an individual with HIV, Adrián was doubtful his condition was being properly controlled. His medication often caused him to feel weak, nauseous, and tired to the point of being unable to eat. Medical staff at Otay Mesa refused to inform Adrián about his CD4 count (an indicator of the health of the immune system for HIV patients) or viral load. While detained, Adrián lived in constant stress and fear that he would contract COVID-19 and not make it out of Otay Mesa alive. He reported losing sleep, suffering from headaches, and crying while thinking about dying in detention.

Adrián and Yasmani were released from Otay Mesa on April 30, 2020, after filing a class action lawsuit seeking their release and the release of others in the facility. They remain under ICE surveillance and are required to wear ankle monitors while they live with family friends and await hearings on their asylum claims. 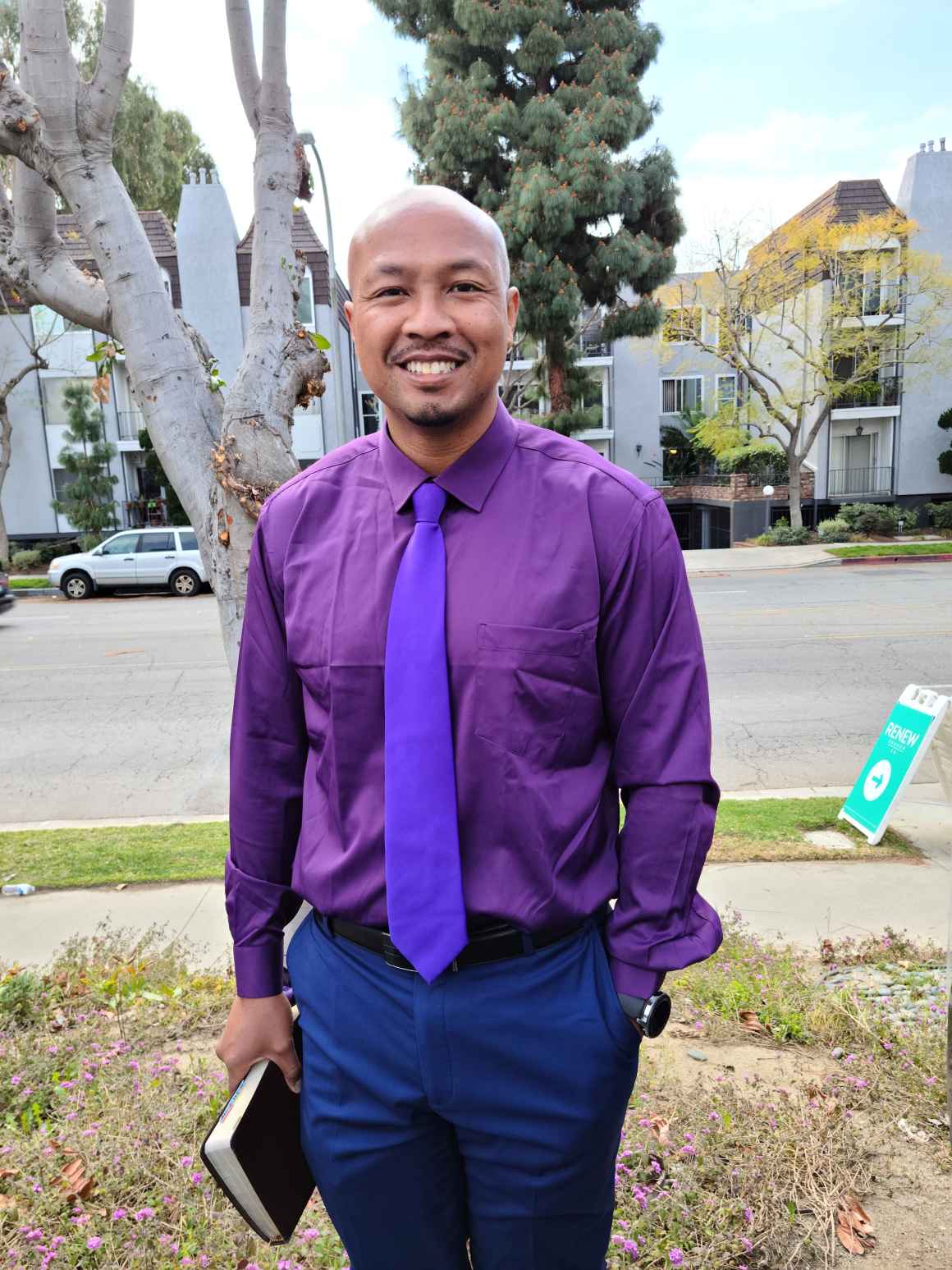 Sithy was born in a Cambodian refugee camp and arrived in the U.S. as a toddler. He grew up in the U.S. and knows it as his only home. Following the completion of 15 years on a 40-years-to-life sentence, he was transferred to ICE custody at the Mesa Verde ICE Processing Facility in California. Sithy thinks often about his time in ICE detention: how scary it was not knowing if his fellow detainees had COVID, and wondering if staff ever made sure that places like the mess hall were adequately sanitized. He remembers how closely confined he was with other men in his unit, and how none of them ever received COVID-19 tests while they were in detention.

The day that Sithy was released felt “like a gift from God.” Since his release from detention, Sithy has become a program administrator at Inglewood Wrapping Arms Around the Community, a nonprofit that offers community services and re-entry programs for marginalized people returning to the community. Sithy also keeps busy facilitating weekly Bible studies, working social media for a church ministry, and attending Pacific Oaks College, where he is pursuing a bachelor’s degree in human development. Although he has to live with an ankle monitor for the foreseeable future and is still fighting to remain in the U.S., he feels that he is at an exciting point of his life as he remains spiritually strong and active in his community. 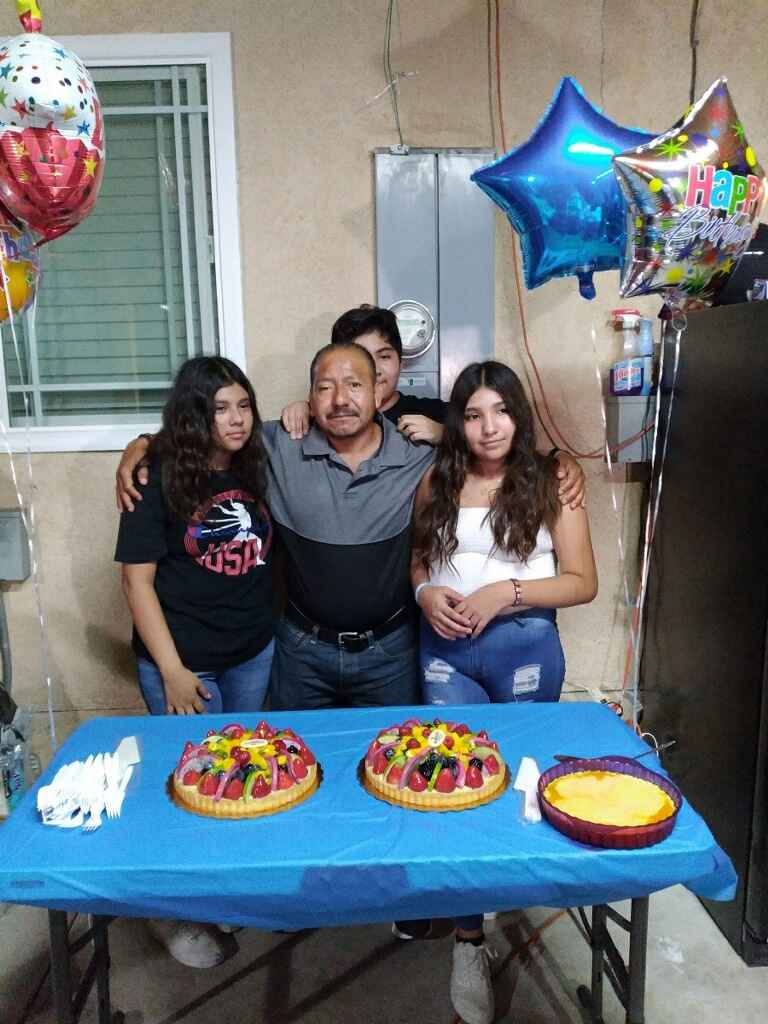 Alejandro, 46 years old and originally from Mexico, has lived in the U.S. for nearly 30 years. He is the father of three U.S. citizen children: 12- and 14-year-old daughters and a 15-year-old son (pictured). He has diabetes, hypertension, and asthma, conditions that put him at heightened risk of serious illness or death from COVID-19. Before he was detained by ICE at the Adelanto Detention Center in California, Alejandro was working to regain custody of his children, who had been placed in foster care. While detained, Alejandro called them every day.

In September 2020, the federal judge in a lawsuit brought by the ACLU Foundation of Southern California ordered the government to release Alejandro. The court found that Alejandro, who had completed extensive rehabilitation programs following earlier misdemeanor convictions, posed neither a danger or a flight risk, and that his continued detention during the pandemic was likely unconstitutional.

Two weeks after his release, Alejandro was granted custody of his children. Alejandro’s son has a serious heart condition and had to have surgery recently. Alejandro was relieved he was able to be there to care for him. Alejandro considers his children his happiness and his life. His most joyful times since being freed from detention are the occasions when they wake him up at night to tell him that they love him. He works hard to provide for them and make sure they have everything they need to study, work hard, and thrive.