Update! ICE closes deportation case against Ruth Montaño
When Sheriff’s Department officials sought to detain and deport a mother of three because her small dogs were barking too loudly, the ACLU of California intervened, citing her case as a prime example of how racial profiling has crept into local law enforcement practices.  Today, the ACLU of California and Cuéntame, a project of Brave New Foundation, are premiering a video about the case of Ruth Montaño, and concurrently are launching an advocacy campaign asking the public to call for reform at the state and federal level and on ICE to immediately terminate deportation proceedings against her. 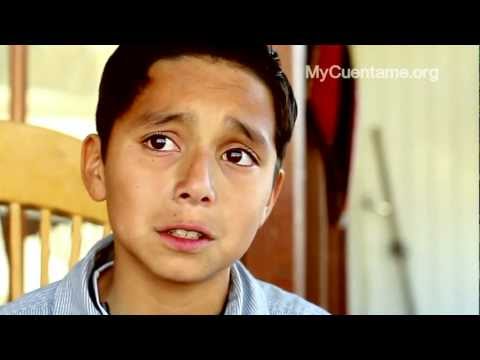 “This case demonstrates how federal immigration enforcement programs, like Secure Communities, have encouraged local law enforcement to racially profile and make wrongful arrests solely to trigger possible deportation,” said Jennie Pasquarella, staff attorney at the ACLU of Southern California.  “The abuse Ms. Montaño suffered would have been averted had Governor Brown signed the TRUST Act last year.  Her case makes it that much more critical that the bill be enacted this year.”
Ms. Montaño, a farmworker and resident of East Bakersfield, was arrested on the evening of December 31, 2012 by the Kern County Sheriff’s Department following a neighbor’s complaint that her small dogs were barking too loudly.  Around 10pm that night, the Sheriff’s Department responded to the complaint by sending half a dozen patrol cars to Ms. Montaño’s home.  After cursing at her, questioning her about her length of residency in the United States, and insulting her for not speaking English well, the officers placed her under arrest.  When she asked why, the officers refused to answer.  When she offered to quiet the dogs or put them inside, they ignored her.  Instead, leaving the dogs as they were, they grabbed her and handcuffed her.  One officer bashed her head into the side of a closed patrol car door, causing her to fall to the ground.  They charged her with the non-crime of having “animals making excessive noise” and with resisting arrest.
Under Kern County law, having “animals making excessive noise” is not an arrestable offense, nor is it within the authority of the Sheriff’s Department to investigate – rather it is an issue for Animal Control.
Ms. Montaño has contributed to the United States for 14 years, raising her three children here and working hard in the fields.  As a result of the Sheriff’s Department’s actions, she now faces permanent separation from her husband and three young children.
“This is fueled by racism and profiling.  Why else would the Sheriff’s Department send a fleet of patrol cars to respond to a complaint about barking dogs on New Year’s Eve unless it was because she is Latina and because they could get her deported?,” said Axel Caballero, director of Cuéntame.  “This case symbolizes the urgent need for common-sense immigration reform – reform that would ensure that the federal government does not outsource its responsibilities to local police who must focus their attention on protecting the public from crime.  In the interim, it makes little sense for the government to deport today contributing residents like Ms. Montaño who would become citizens tomorrow.”
Following her arrest, the Sheriff’s Department detained Ms. Montaño for one week on an immigration detainer, due to their unlawful refusal to allow her to post bail.  Immigration and Customs Enforcement (“ICE”) placed a detainer on her in spite of the agency’s previous announcement on December 21, 2012 that it would no longer place detainers on individuals like Ms. Montaño with no prior criminal history.  The ACLU is asking that ICE exercise prosecutorial discretion to remove her from deportation proceedings.
The TRUST Act, legislation pending before the California legislature, would prevent local law enforcement in California from using their resources to detain for immigration people who have not been convicted of serious crimes.
A “bark in” rally to support Ms. Montaño and to call for swift passage of the TRUST Act will take place on Thursday, March 21 at 10am on the North Steps of the California State Capitol Building in Sacramento.
View Ruth’s story here: http://www.aclusocal.org/cuentame/
Related Issues