Establishing local presence helps identify emerging challenges
SAN BERNARDINO, CA—The ACLU of Southern California (ACLU SoCal) opened a regional office in San Bernardino this week to serve the needs of the residents of the Inland Empire. The office, the first ever for the ACLU in San Bernardino or Riverside, will focus initially on three of the region’s most pressing issues: voting rights, immigrant rights and police practices. Adrienna Wong will serve as a staff attorney and Luis Nolasco will serve as a community engagement and policy advocate.
“We are pleased to be able to open an office and dedicate staff to monitoring civil rights and civil liberties in the Inland Empire,” said Hector Villagra, executive director of ACLU SoCal. “We’ve seen a high demand for the expertise of the ACLU in this region, and we want our staff to become a key resource for all those in the community who believe in liberty and justice for all.”
Wong is a Yale Law School graduate who has a deep and long-standing commitment to civil rights. After law school, she was a Liman Fellow at the ACLU of Texas where she was involved in lawsuits against the Board of Prisons, Immigration and Customs Enforcement (ICE) and private prison contractors. She also clerked for Judge A. Wallace Tashima on the Ninth Circuit and Judge Margaret Morrow on the Central District Court. Prior to joining ACLU SoCal, she was an associate at Strumwasser & Woocher LLP in Los Angeles litigating a variety of civil cases in state and federal court. 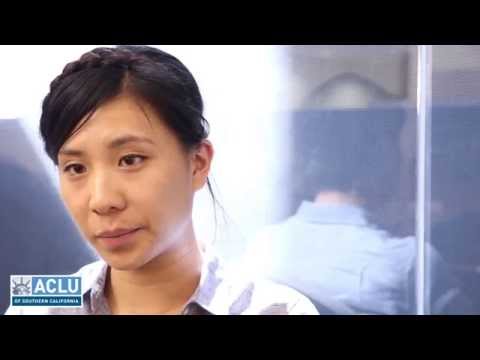 “I am eager to begin addressing the needs of people in the Inland Empire,” said Adrienna Wong, staff attorney. “This is a region that has been underserved and allows for abuses and civil rights violations to go unnoticed. The presence of ACLU SoCal will change that.”
Nolasco has been an active organizer and policy advocate in the Inland Empire for several years. He is a graduate of California State University San Bernardino, and co-founder of the Inland Empire Immigrant Youth Coalition. He also participated in Pomona’s Day Laborer Center’s Mobilize the Immigrant Vote Campaign in 2013, advocating for just immigration reform. Before joining ACLU SoCal, he served as a detention reform coordinator at the Justice for Immigrants Coalition where he worked with state, congressional and law enforcement leaders regarding ICE holds, the TRUST Act, and other detention-related issues. 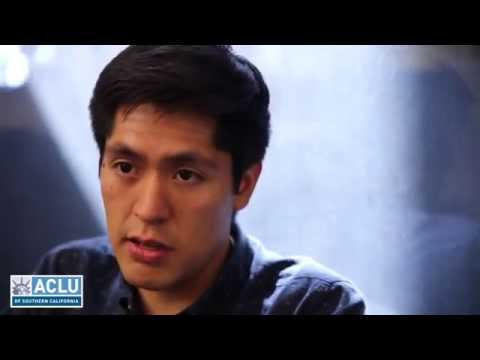 “There are so many individuals in the Inland Empire who do not know their rights,” said Luis Nolasco, community engagement policy advocate. “Knowledge is power, and I know by sharing information with residents they will be emboldened to speak up when they witness violations and abuse.”
ACLU SoCal has always monitored civil rights and civil liberties across the Inland Empire. The new office and staff, with the support of staff in the Los Angeles and Orange County offices, will allow ACLU SoCal to build upon prior work and existing connections and better serve the residents of the Inland Empire.
“We are fortunate that Adrienna and Luis have joined the ACLU family,” said Belinda Escobosa Helzer, director of the Orange County regional office, who will also serve as director of the Inland Empire office. “They not only bring their outstanding talent, skills and expertise in the issues affecting the Inland Empire, but more important, they bring a deep commitment to effecting social change to improve the lives of residents.”
Contact: Diana Rubio, drubio@aclusocal.org, 213.977.5252