The Video ICE Wishes Was Never Made Public 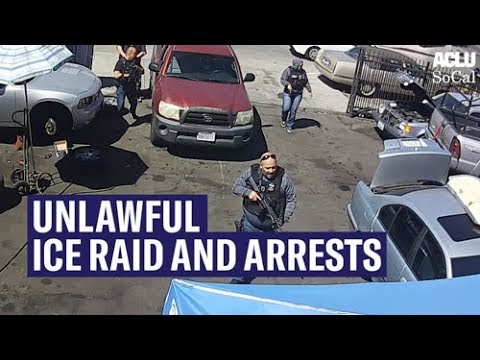 It looks like a scene out of a movie — men toting shotguns and wearing tactical gear marked "POLICE" suddenly storm into an auto repair shop in South Los Angeles, aiming their weapons at the car mechanics inside, forcing them to stand with their hands on top of cars and then handcuffing them.

But they don't have a warrant for car mechanic Juan Hernandez, one of those detained. They aren't even the police.

They're U.S. Immigration and Customs Enforcement (ICE) agents carrying out a raid that, unfortunately for them, was captured from several angles by security video cameras at the car shop. Hernandez was detained without probable cause or even reasonable suspicion. And now the government is now trying to deport him.

Together with the Law Offices of Stacy Tolchin, we are representing Juan — who had worked at the shop for seven years — in federal immigration court.

Because they had neither a warrant nor probable cause for arrest, ICE's actions were unconstitutional and even went against the agency's own regulations. For these reasons, we've asked the court to terminate deportation proceedings against Juan.

ICE's arrest-first-ask-questions-later approach to enforcement is not only unlawful, it has real, painful consequences for communities and families. Agents detained Juan based on racial profiling. Though the video is without sound, it's apparent there was no time for any other determination.

Juan (dressed in the blue shirt in the video) was asked no questions — not even for his name — before he was handcuffed and patted down. An agent finally asked him to identify himself, but before Hernandez could answer the agent found the wallet in his pocket and took out the California driver's license.

Juan didn't even know that the men who arrested him were from ICE until he and the two other mechanics were put in a black SUV and taken to an immigration processing center in downtown Los Angeles. He was later transferred to the Adelanto Detention Facility and detained for nearly five weeks until he paid a $5,000 bond.

That's more than a month that Juan, who is the sole provider for his wife and young daughter, was without a salary.

Know your rights if immigration agents were to show up at your home or work. 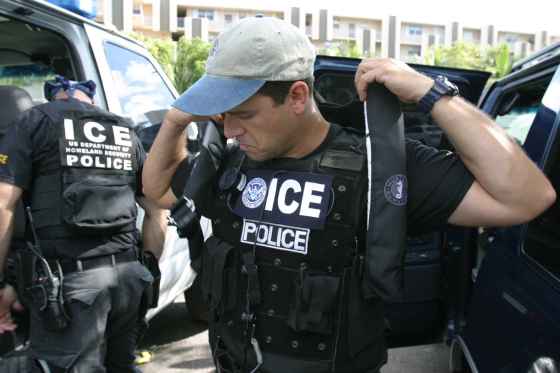 ICE Agents At Your Door