U.S. Embassy Will Protest to Government of United Arab Emirates Over Treatment of American Citizen, Who Says U.S. Officials Participated in His Interrogation and Torture

LOS ANGELES, Calif. - The U.S. Embassy will protest to the government of the United Arab Emirates regarding the treatment of American citizen Naji Hamdan, who was severely tortured during the three months he was imprisoned by state security forces in the U.A.E.

Sean Cooper, chief consul at the U.S. Embassy in Abu Dhabi, said that, acting at Hamdan's request, the embassy will 'engage' U.A.E. officials 'on this most serious matter' when they return to work next week after the Muslim Eid holiday. 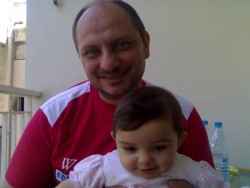 Hamdan, who has been detained in the U.A.E. since August 29, 2008, reported that he believes the U.S. is responsible for his detention, and that U.S. officials participated in his interrogation and possibly his torture while in U.A.E. state security custody. Hamdan said that several of the interrogators spoke American English and did not speak fluent Arabic. He could not see these individuals because his captors always blindfolded him during torture and interrogation sessions. Hamdan also reported that his captors interrogated him about information that only U.S. federal agents had access to, such as his behavior during a prior interrogation by FBI agents at the U.S. Embassy in Abu Dhabi. They also questioned him extensively about his life in the United States, where Hamdan lived for more than two decades.

'These and other details provide strong evidence that U.S. officials not only sought Hamdan's arrest by a foreign government, but apparently participated in his interrogation and torture in violation of federal criminal law,' said Ahilan Arulanantham, director of immigrants' rights and national security for the American Civil Liberties Union of Southern California. Hamdan was charged and transferred to the Al Wathba prison late last month, only one week after the ACLU/SC filed a lawsuit in federal district court in Washington, D.C. seeking his release from the custody of the United States.

'U.S. officials must now take every step possible to end the brutal treatment of this American citizen by a foreign government acting as our proxy, and ensure that he is not prosecuted based on evidence obtained through torture,' Arulanantham said.

Hamdan told his brother, Hossam Hemdan,(CQ) that his captors routinely beat him and kept him in a freezing underground room during portions of his months-long detention by U.A.E. state security forces. His torturers severely beat him on his back, legs, head, and the soles of his feet. The torturers sometimes kicked him in the location of his liver, knowing that he has a liver condition. On at least one occasion, they strapped his arms and legs down to an electric chair, while suggesting that they would use it. They deprived him of sleep by shining a bright spotlight on his face for hours at a time, and engaged in other abuses.

The torture was so severe that he often passed out from the pain, Hamdan told his brother. The agents also threatened to punish Hamdan's wife and family if he did not confess to their allegations that he had engaged in terrorist activity.

'This is a nightmare for Naji and for his whole family,' said Hossam Hemdan. 'People in the United States need to know that this is happening. It's terrible that an innocent U.S. citizen would be treated this way by his own government.'