Earlier this week, the nonpartisan Congressional Budget Office released its analysis of the economic effects of comprehensive immigration reform. The report demonstrates that not only does immigration reform pay for itself, but it also gives a much needed boost to our economy. 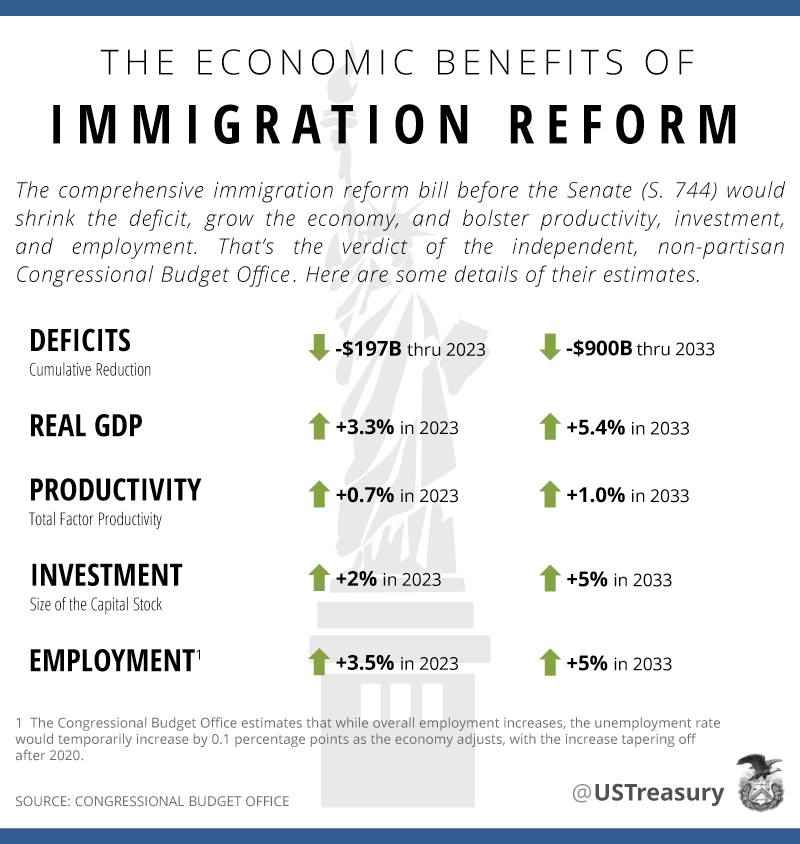 Numbers
According to the CBO, the Border Security, Economic Opportunity, and Immigration Modernization Act (S. 744) will decrease the deficit by $197 billion dollars in the first ten years after its ratification. While the CBO estimates direct spending to increase by $261.8 billion by 2023, tax revenues ¬- boosted by the increased number of immigrant workers due to S. 744 - will grow by nearly $460 billion. In addition, real GDP, productivity, investment and employment all see positive growth as a result of immigration reform. We’d take those numbers any day!
What does this mean for you? So not only does supporting immigration reform help protect human rights, it also puts money in your pocket and ensures your own future.
Take Action
Get informed. Read up on Immigration Reform and sign up for ACLU-SC updates on Comprehensive Immigration Reform. Stay tuned and watch closely as Congress picks and pulls at the immigration proposals and BE READY TO VOICE YOUR SUPPORT. Preserving America’s promise of civil rights and civil liberties for all is the primary mission of the ACLU-SC, but we cannot accomplish it on our own. Take part in something bigger than yourself, and hey, those extra bucks you get will just be good karma.
Posted by Adam Welsh, ACLU/SC Policy Advocacy Intern
Related Issues