My name is Jose Antonio Vargas

In an essay for The New York Times Magazine in 2011, Pulitzer Prize winning journalist and founder of Define America Jose Antonio Vargas revealed that he is an undocumented immigrant.
Two years later, Jose released his self-directed documentary film Documented, which opens this weekend. In it, he describes how his mother put him on a plane bound for California from the Philippines when he was 12 years old. Once here, he discovered what it meant to live without legal status: the fear of being discovered and the pain of realizing that he might never see his mother again.
Jose decided to tell his deeply personal story as a way to help focus attention on the stories of so many other undocumented immigrants – those who risk everything to provide for their children and the children who grow up in fractured families as a result.
His story, like that of so many others, is yet another painful reminder of our broken immigration system, a system that has failed to recognize the reality that 11 million immigrants are part of the fabric of our society – working in our homes, caring for our children, paying taxes, but without any way to gain legal status.
I caught up with Jose ahead of his film screening in Los Angeles this weekend. You can read excerpts or listen to our full interview below. 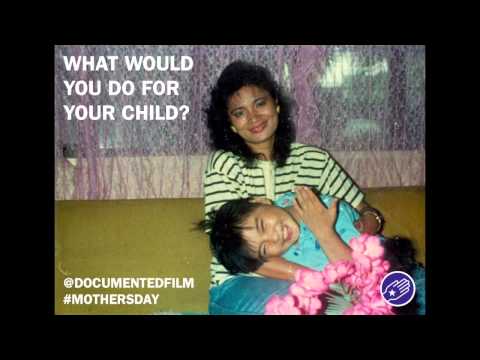 %3Ciframe%20src%3D%22%2F%2Fwww.youtube.com%2Fembed%2FBJkpe9Wjevk%3Frel%3D0%26autoplay%3D1%26version%3D3%26playsinline%3D1%22%20width%3D%22640%22%20height%3D%22360%22%20frameborder%3D%220%22%20allowfullscreen%3D%22allowfullscreen%22%20allow%3D%22autoplay%22%3E%3C%2Fiframe%3E
Privacy statement. This embed will serve content from youtube.com.
By playing this YouTube-hosted clip, YouTube will place a long-term cookie on your computer. View the ACLU's privacy statement.
Jose Antonio Vargas: My name is Jose Antonio Vargas. I am the writer and director of a documentary called Documented, and I'm the founder of DefineAmerican.com. Four years after arriving, when I was 16, I discovered I was here illegally without the right documents. [...] I was 16 and I went to the DMV [Department of Motor Vehicles] to get a driver’s permit, [that] is when I realized.
SH: [...] The projections are between 60,000 to 100,000 kids may be coming next year to find a mother, a father, their families. When you were 13 years old do you think you could have asserted your rights to a border patrol agent; do you think you would have been able to explain?
JAV: I didn’t really speak English all that comfortably, or all that well. I was just so disoriented coming here and being here. I had a different conception of what America was suppose to be. I thought it was a Disneyland. I had a different conception. No, I don’t think I had that kind of foresight to assert myself in that way. [...]
SH: What is the last memory you have of your mother and you together?
JAV: The last memory that is in my head is when I left, that morning she hurriedly woke me up and told me I didn’t even have time to shower. In the Philippines, there was no shower, you had to get water and use a tub. I didn’t even have time to get water. So the last memory was not being able to take a shower, brushing my teeth. She shoves me in a cab. I was 12. I didn’t really realize how traumatic of a moment it was until probably years later because I don’t remember it as clearly as I thought I did. My mother, when we filmed her, had a different memory of what happened that morning. That was the morning she put me on the plane to America.
SH: At what age do you think you understood why you were separated from your mother?
JAV: At 16. I had assumed that she would follow. It took longer and longer and longer for her to follow. When I was 16, that is kind of when the lie that they had built started to unravel. I had gone to the DMV, and I figured out my mom wasn’t really coming at all, and the uncle that I was introduced to was actually a smuggler that they paid $4,000 to get me here. That’s when my job as a reporter started because I was trying to figure out what the hell did they do. At that time there was no Internet. I couldn’t just Google this thing. That was during the time of Proposition 187, the godfather of all these anti-immigrant laws, like SB 1070. I thought I was the only non-Latino person in America that was in this situation.

"The idea of coming to America to provide for yourself and for your family is a quintessentially American thing."

Find out how ACLU SoCal defends and advocates for immigrant rights, and watch the official trailer of Jose Antonio Vargas's Documented.
Sandra Hernandez is senior communications officer at the ACLU of Southern California.
Related Issues