My abortion allowed me to control my own destiny. Millions of others deserve the same chance.

Your ability to have an abortion shouldn't depend on where you work or where you live. Access to abortion is freedom, and the Supreme Court must protect it.

I never expected to get an abortion. But I knew I could tell my mother. I grew up in New York and abortion was still illegal when I was born. One of my earliest memories is being in the car with my mother when she turned to me and told me that if I ever needed an abortion, I should let her know, because she “knew a lot of doctors.” My mother survived the Holocaust by hiding in a Catholic boarding school in the South of France. Her parents were active in the Jewish French resistance, and my grandmother helped my grandfather escape from Beaune-la-Rolande, a French-run Nazi transit camp which fed Jews to Auschwitz. My mother knew a thing or two about defying unjust laws.

Any day now, the U.S. Supreme Court is due to hand down its decision on an unjust law in Louisiana. The Court’s decision in June Medical v. Russo could drastically alter the ability of people in the United States to access abortion. June Medical involves a law in Louisiana that requires doctors at abortion clinics to have admitting privileges at a local hospital. This is so even though abortion is one of the safest medical procedures and admitting privileges for abortion providers have no correlation to women’s safety. If left in place, Louisiana will be left with one doctor in the entire state permitted to perform abortions. One doctor to serve the 1 million women of reproductive age in Louisiana. The politicians in Louisiana justify this law as “protecting women’s health,” even while Louisiana has the highest maternal death rate in the country. The politicians also ignore that autonomy is intrinsic to health. Women cannot be healthy if we cannot control our destiny. And the Supreme Court does not need to overturn Roe v. Wade to make abortion an impossibility for millions of women. Already, abortion access is dying the death of a thousand cuts. As of 2017, 89 percent of counties in the U.S. lacked an abortion provider, and 38 percent of women of reproductive age lived in a county without a clinic.

If I had not been able to control my reproductive life, I do not think I would have been able to craft my resulting career. When I unexpectedly became pregnant in my twenties, I was just starting out in my legal career, and not ready personally or professionally to be a parent. When I was more settled, I did have two wonderful children. I dedicated my professional life to fighting gender-based violence. I worked for more than 20 years as a legal aid lawyer representing low-income domestic violence survivors (some of whom were prevented by their partners from getting abortions), and then joined the local government in my city to improve policies on intimate partner violence and human trafficking. And now I get to fight for reproductive rights at the mothership — the ACLU of Southern California.

Even though I had my abortion over 25 years ago, and I have never hidden it from friends and family, this past year is the first time that I have spoken publicly about it. I feel obligated to normalize this experience — to add my story to the multitude of others that show how many people have exercised their right to have an abortion, and how our lives were saved by this ability. I am privileged to be able to share my story with support from my personal and work families, and I recognize that not all people enjoy this option. I feel impelled to speak out since I can, particularly since so many others cannot. One in four women in the United States will get an abortion in their lifetime, but many don’t feel they can talk about it.

Access to abortion enables us to control our destiny, to be truly free. I was privileged from a young age to know that I would always be able to control that destiny — because my parents knew doctors; because I had a job that gave me health insurance; because I lived in a state that protected my rights. But it shouldn’t matter where you work, what your ZIP code is, or whom your parents know, to be free. Let’s hope the Supreme Court doesn’t leave freedom to the states. 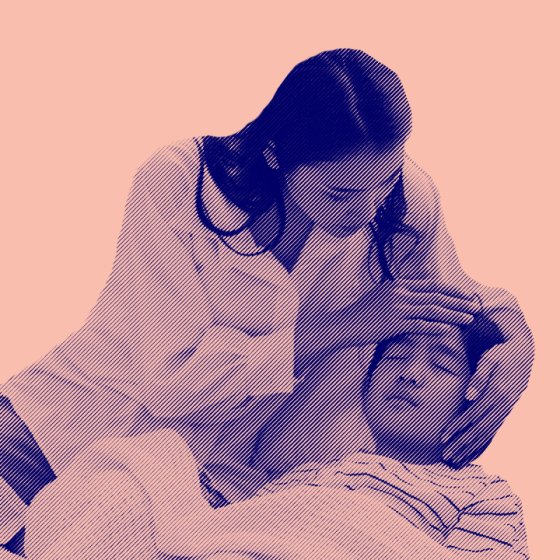 On the 47th Anniversary of Roe, Let's Advance Reproductive Justice...