Housing, Not Fences and Boulders

The following was first published in the Voice of OC.

Driving to work every morning, I’ve watched as the homeless encampment along the Santa Ana River and the 57 Freeway has mushroomed. I know its days are numbered.

Orange County and almost all its cities criminalize homelessness, forcing people out of city centers into remote places like the riverbed. The county usually tolerates such encampments until they get large and visible. Then, it swoops in under the pretext of maintenance work and displaces them.

But last week, the county didn’t just order people in the encampment to move. In an astonishing turn of events, it also erected six-foot chain link fences and cement blockades around the encampment, effectively entrapping the residents in an open-air prison.

When I went to check on the situation on Wednesday, February 8, about 100 people in the encampment between the Orangewood Avenue and Chapman Avenue bridges were unable to get out to access food, water or restroom facilities. And those outside of the fence were unable to get in to access their belongings, including life-saving items like medication. One woman who was fenced out exclaimed, “It’s like a hostage situation!”

The county had posted notices informing people that the area is a construction zone and ordering them to clear out of the encampment, but the fencing made it impossible for them to comply.

Out of desperation people were cutting holes in the fences to get out, and workers were coming by and patching them up almost as fast as they were created.  Meanwhile, the county was moving in large boulders and spreading them out, effectively making the area uninhabitable.

I found that the barricades and fences were taking a toll emotionally, mentally and physically on the residents of the encampment. I witnessed one elderly gentleman with a broken wrist struggling to scale a fence and falling over the other side. I talked to a mother with two young daughters. The daughters needed to go to school, but when they tried to scale the fence to get out, their mother realized that trying to do so was too dangerous.

A man called 9-1-1 when a young woman with epilepsy had a seizure. He stated that the paramedics were prevented from entering the encampment because of the blockade. They had to wait for a more distant gate to be unbolted and were forced to take a circuitous route that took at least another ten minutes. The firetruck was unable to reach the woman at all. The firemen parked along the side street and then walked through the now-unbolted gate to reach the woman.

The ACLU immediately sent a letter to the county demanding that it remove the barriers and communicate to residents where the access points are.

Because the county did not respond to the letter, the ACLU filed a temporary restraining order asking a judge to order the county to comply with the demands.

The day before our court date, the county reached out with a settlement proposal. Our plaintiff, Michael Diehl, is satisfied that the settlement addresses the concerns laid out in the demand letter, and we agree. The settlement ensures that access points in the encampment area are kept open for entry and exit, and that the county will provide transportation to its storage facility, where people can keep their belongings for up to 90 days.

Of course, the settlement is a bittersweet accomplishment, at best. People will still have to pack up their large tents, furniture and other everyday necessities. It will not be easy, especially for people with disabilities.

And where will people in the encampment relocate? They are living in the riverbed in the first place because the board of supervisors insists that the county cannot afford to end homelessness.  Yet, the county is willing to spend considerable resources to displace people with boulders, and fence them into “construction zones” if they do not move out fast enough.

In fact, the board of supervisors has the resources to end homelessness. It governs one of the most affluent counties in the nation, with an overall budget of about $6 billion. Moreover, it has promised to end homelessness; in 2010, the board approved a Ten-Year Plan to End Homelessness that calls for permanent, affordable housing as an immediate response to peoples’ needs.

A report released by the ACLU Foundation of Southern California estimates that it would cost the county just $55 million per year to implement its ten-year plan and house every resident experiencing homelessness. That is just a drop in the bucket for Orange County.

In the end, the entrapment of people in fences, locked gates and cement barricades is just the latest chapter in the county’s history of careless disregard for the dignity and wellbeing of people experiencing homelessness.

We send the following message to the Orange County Board of Supervisors: Stop persecuting people who have nowhere to live. Keep the promise you made when you approved your ten-year plan. Fund your plan. End homelessness now.

End Homelessness in the OC 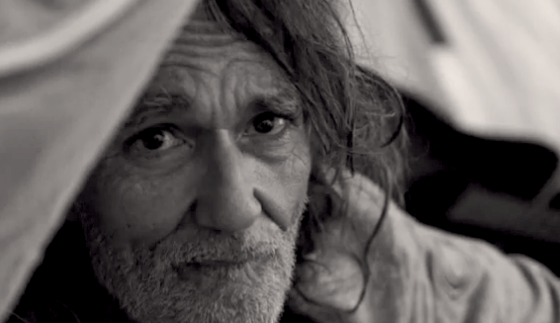