And the award goes to Transparent

By Melissa Goodman and Zara Lockshin

Lawyers like to believe our carefully crafted legal arguments and stories in our civil rights cases help expand awareness of and support for the civil rights issues of our time. But often our powers pale in comparison to brave, strongly crafted, and beautifully executed narratives in film and television.

Real and positive media depictions of marginalized and misunderstood groups of people can be truly transformative. 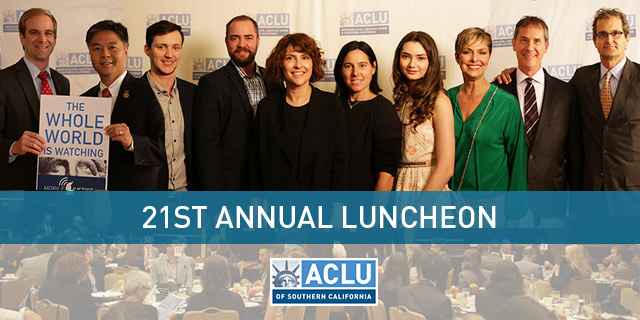 That is why the ACLU Foundation of Southern California (ACLU SoCal) honored Jill Soloway with the Social Responsibility in Media Award at its 21st Annual Luncheon in June in recognition of her work as creator and executive producer of the groundbreaking Amazon series Transparent. The show, which centers on the relationship between Maura, a transgender woman, and her family, was inspired by Soloway’s own experience with a transgender parent. 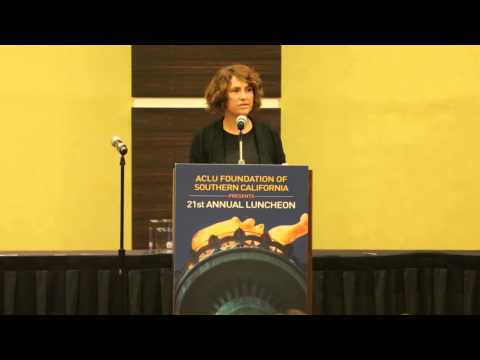 Thanks to shows like Transparent, and other positive, real, and respectful depictions of transgender people in the media of late, the world is slowly awakening not only to transgender people but to the transgender civil rights movement. And seeing that movement as urgent and vital.

While all eyes are on the Supreme Court’s upcoming decision on marriage equality, Maura and her family’s journey is an important reminder that marriage or no marriage, the movement for transgender rights is quite far from over. We still need real, lived equality for all LGBTQ people, and we must pay special attention to the trans members of our community.

Our movement is not done until every transgender person can comfortably and safely express their true, authentic self.  It continues until every transgender person can earn a living, get the healthcare they need, not be unfairly targeted by law enforcement, have a job, eat a meal in a restaurant, access government services, and use a restroom without experiencing discrimination, harassment or violence.

And, of course, our movement is not over until every transgender parent can simply be a parent. As Transparent underscores, coming out to one’s family can be a difficult process. But many transgender parents then face incredible levels of discrimination in continuing to be recognized as their child’s parent and, in custody disputes, often lose custody or visitation rights. (See the ACLU and National Center for Transgender Equality’s guide to help transgender parents and their lawyers protect parent-child relationships.).

We’re not there yet.  But things are changing in large part because our society is slowly starting to see and understand transgender people not as “other” but as our mothers, fathers, sisters, brothers, friends and colleagues. Film and television can help bring about this change. 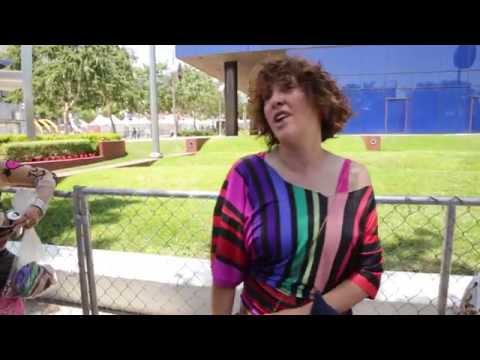 As we recognize Jill Soloway for her important contribution to the societal conversation on transgender rights, we must also acknowledge how few women directors like her are given an opportunity to tell their stories. Amazon did what is far too rare in Hollywood: having a talented woman at the helm behind the camera of an important television show. Systemic gender discrimination against women directors hurts not only women directors but all of us. We suffer a cultural loss when women’s voices, stories, and perspectives are so roundly excluded from television and film – products that profoundly shape our society and our perceptions of ourselves and others.

Civil rights movements need storytelling. As lawyers, we welcome the stories—both real and fictionalized—that broaden cultural recognition of LGBTQ people and their right to equality and dignity under the law.

Melissa Goodman is director of the LGBTQ, Gender and Reproductive Justice Project at the ACLU of SoCal; Zara Lockshin works in the Communications Department at ACLU SoCal. Follow ACLU_SoCal.