This year, alongside our partners, community activists, and volunteers, the ACLU SoCal fought for immigrants’ rights, privacy rights, to defend our reproductive rights, and more. No matter the issue, we continue to strive for a democracy that is just and equal for all. Here are some of our highlights of 2022. 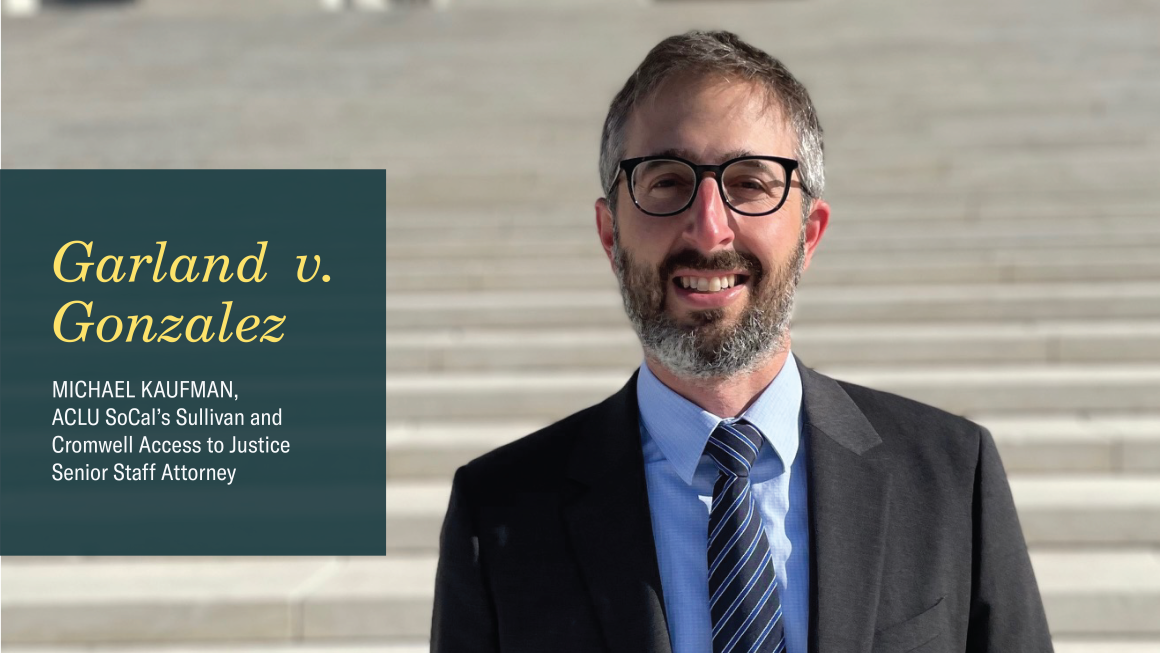 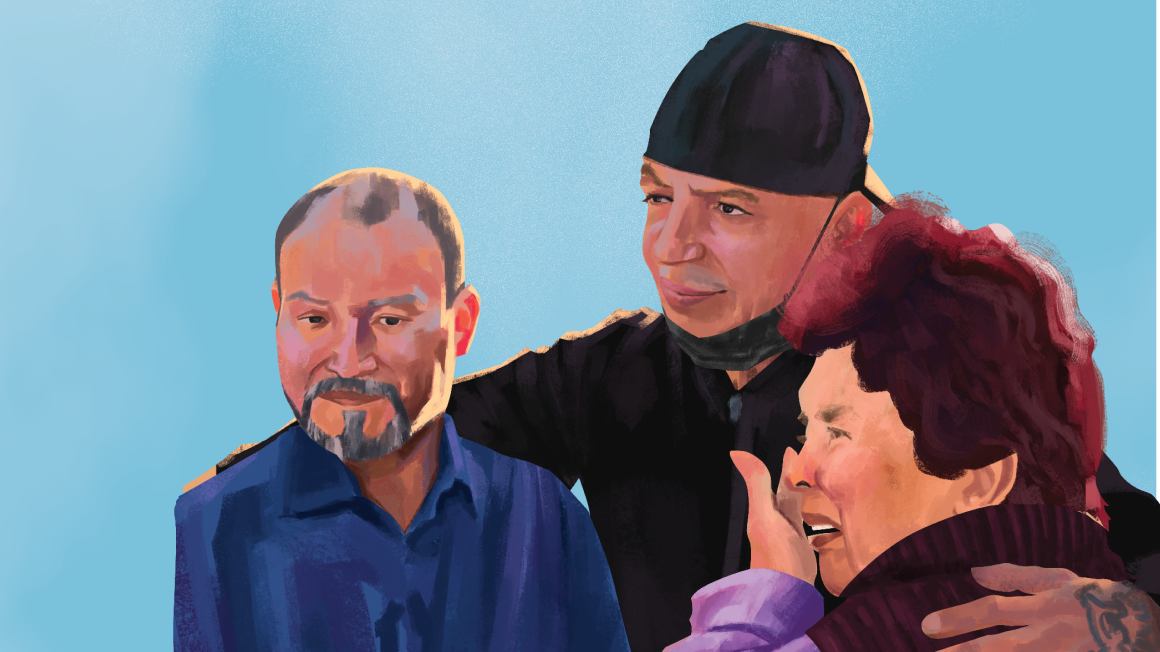 On February 14th, we welcomed home Specialist (SPC) Mauricio Hernandez who despite having grown up in the U.S. since the age of 7 and enlisting in the military and serving on 160+ missions, was deported in 2010. SPC Hernandez is one of the countless deported U.S. veterans fighting for their right to stay in a country they call home. We join deported veterans and their efforts on calling the Biden administration to uphold their promise of bringing back our deported veterans and creating a fair and humane immigration process for all.

Back in 2011, Imam Yassir Fazaga sued the FBI for paying an informant to gather information on his congregation and other Muslims in Orange County because of their religious identity. The FBI thought they could target Muslim communities by saying that any information shared on the operation would result in a “risk to national security,” but this started a decade-long legal battle that is still going on to this day.

On March 4th, the U.S. Supreme Court decided that Fazaga can continue to fight in lower courts to hold the FBI accountable for its discriminatory surveillance of Muslim Americans. Follow the case. 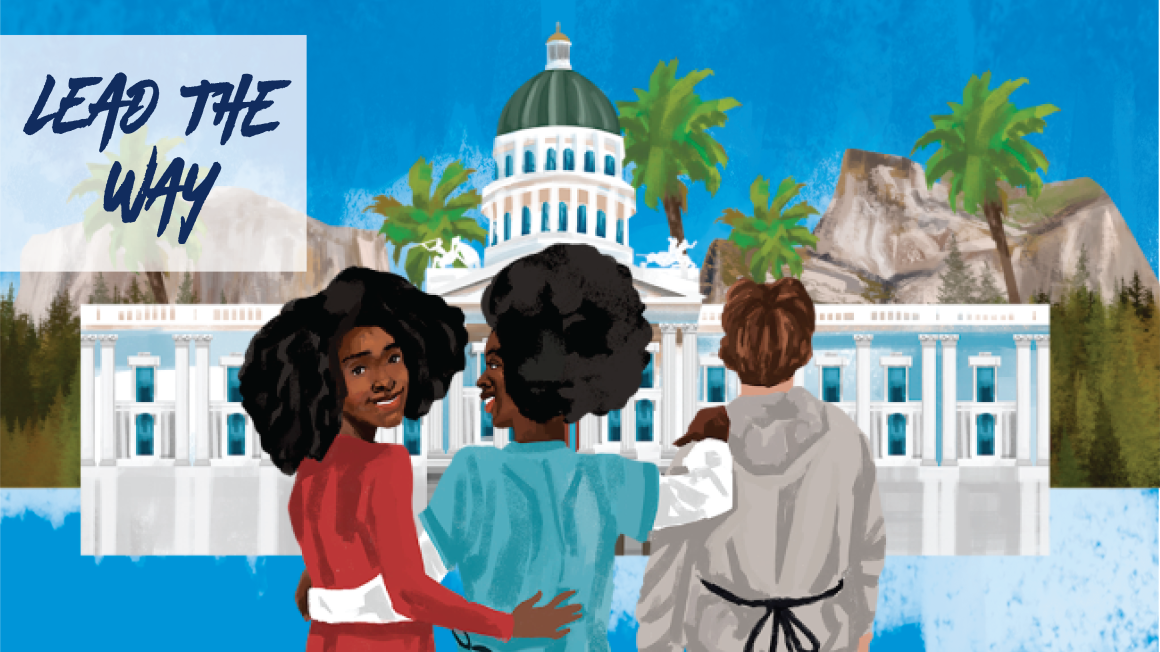 In April, we joined ACLU affiliates in California for our annual California Action Conference. We trained more than 250 Californians, and saw 50 Southern Californians lobby 16 of their state representatives in Sacramento, California. We fought for increased oversight of officer-involved deaths, to protect students from unnecessary interactions with law enforcement, and to limit police’s use of facial recognition technology. 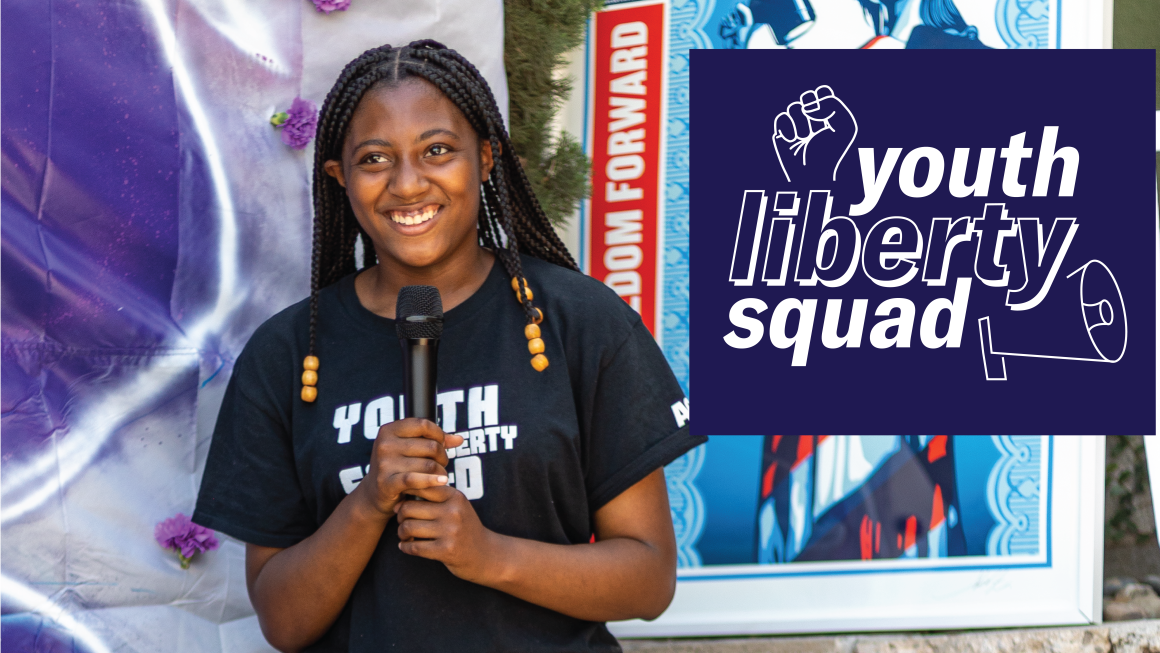 After more than three years fighting for equitable arts education in Los Angeles Unified School District, our Youth Liberty Squad helped pass the Arts Justice: Access and Equity Across the Disciplines and the District. The resolution strengthens the quality and quantity of arts education through collaborative efforts, such as increased partnerships and a community-led arts advisory council.

“We as students have a right to consistent arts classes, a right to community, mental health resources, and a school that supports our creativity,” states Natalie Shtangrud, Youth Liberty Squad, Granada Charter High School. Read the press release.

On June 24th, we saw the U.S. Supreme Court overturn Roe v. Wade, the landmark 1973 Supreme Court decision that affirmed the constitutional right to abortion. Today, and every day, we fight for people’s right to an abortion and reproductive rights. We join countless organizers, activists, and community organizations across our state and the country to defend the right to a safe and legal abortion. Know your rights.

Safer Streets for All

The passage of Senate Bill (SB) 357, the Safer Streets for All Act allows people previously convicted of loitering “with the intent to commit prostitution” to clear their criminal records – making it easier to access safe housing and employment. SB 357 repealed a law that allowed police to profile and arrest Black, brown & trans people for decades – simply based on what they’re wearing or where they’re standing. This is a step forward for sex workers in California.

My School My Rights 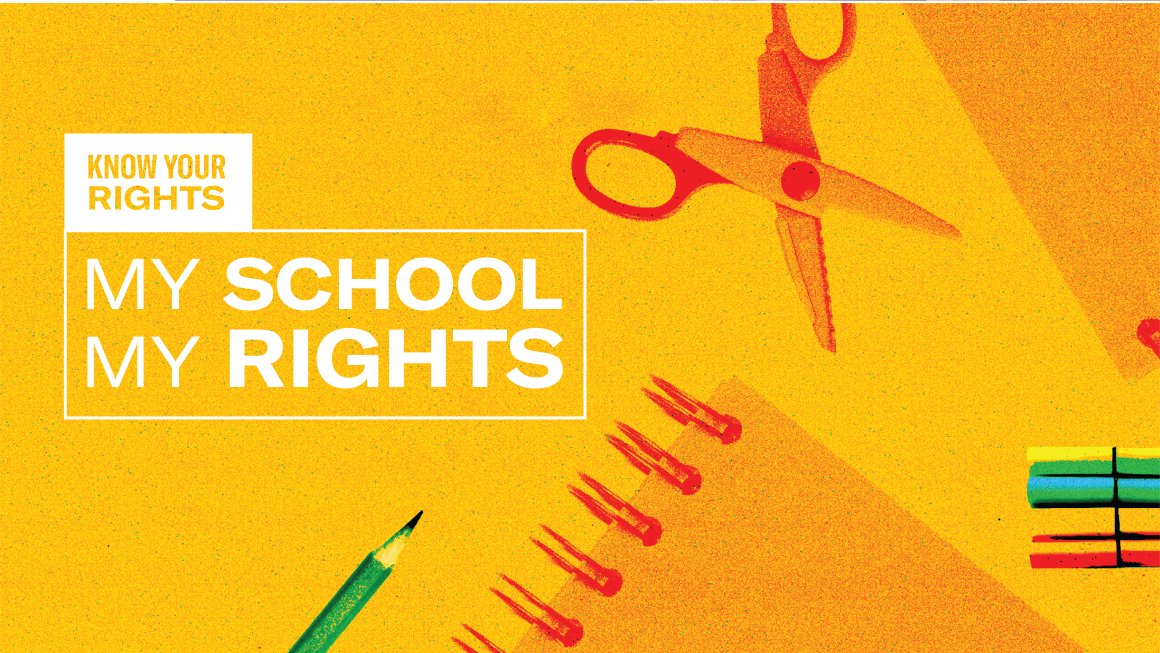 With school back in session, it’s important for students, parents, and community members to know their rights in schools. The My School My Rights website, provides  resources and stories from real student leaders on their rights to expression, to wear their natural hair, to feel safe on their campuses, and much more. The updated website now includes resources in English, Spanish, and Mandarin. Visit My School My Rights.

On September 16th, a federal court judge ordered L.A. County to fix the massive backup in the jail’s Inmate Reception Center after county lawyers exposed the horrific treatment of people confined at the booking facility. Lawyers found inhumane conditions such as people chained to chairs for days, dozens sleeping head-to-foot on concrete, open defecation, and no sanitation. The L.A. County Jail is the largest jail system in the U.S. — and the world. It has been the subject of court oversight since 1978, when a federal court ruled in Rutherford v. Pitchess, finding that conditions violated the rights of those incarcerated. Read more. 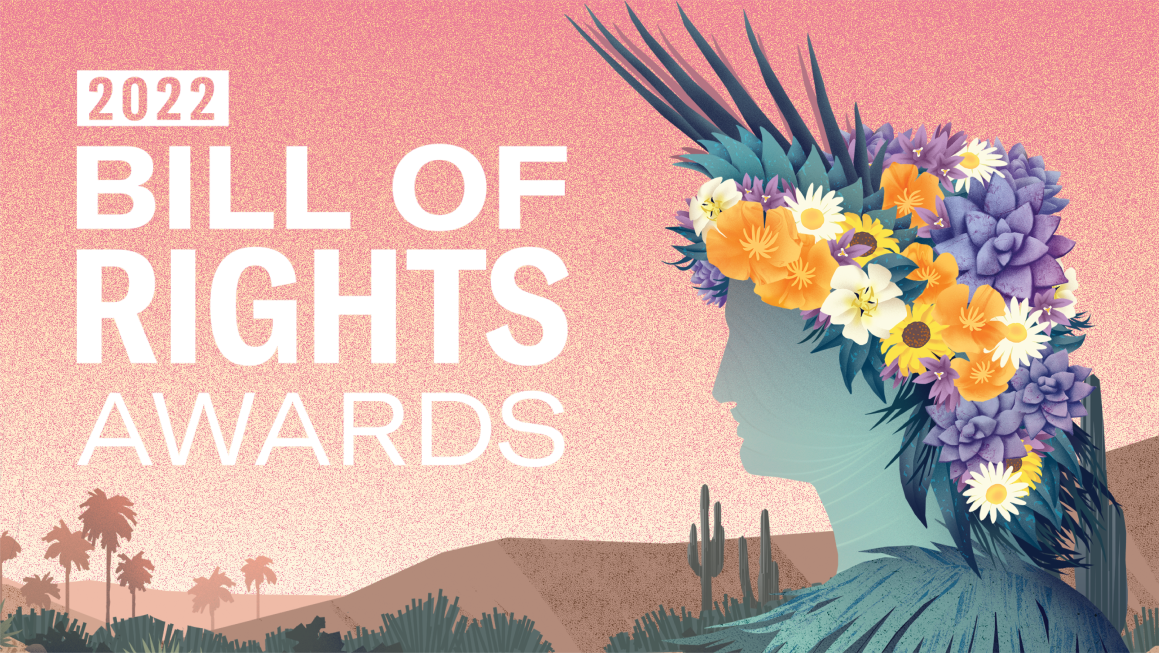 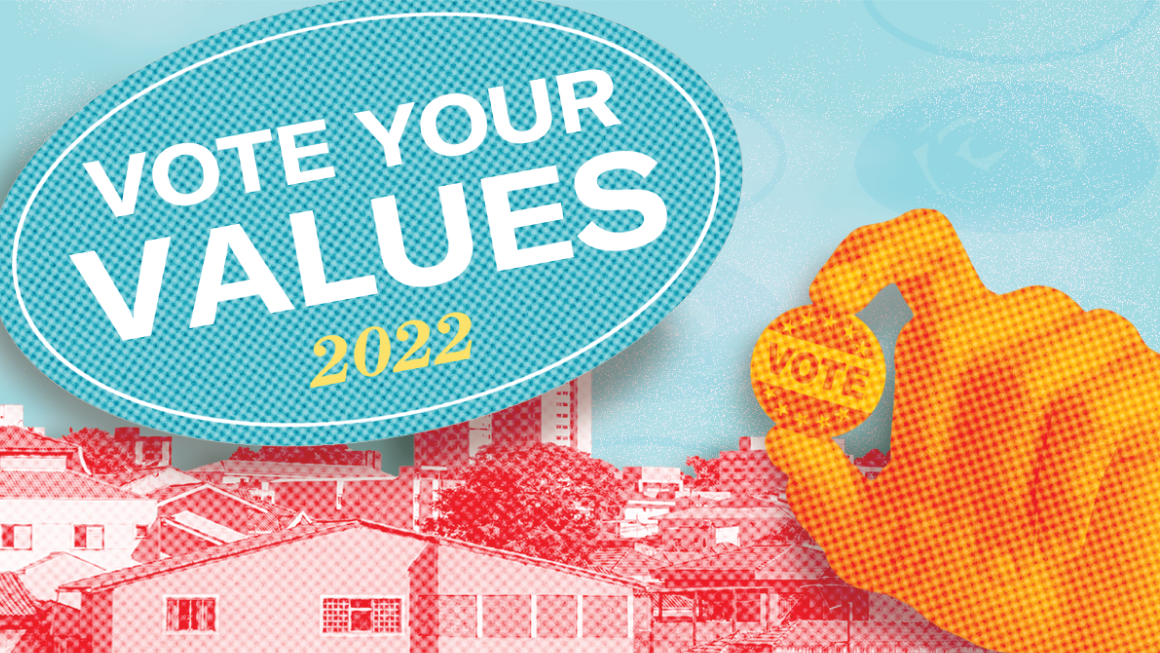 Victory! We organized, we educated, we showed up to the polls for this year’s midterm election — and we won. Southern California voters said yes to housing justice by voting yes on Measure ULA (Los Angeles) and Measure H (Pasadena), yes to sheriff accountability by passing Measure A, and yes to Proposition 1, which amends the state constitution to affirm, as strongly as possible, Californians’ rights to access abortion and contraception.

ACLU SoCal activists showed up to volunteer to get out the vote and collectively sent over 306,000 texts through our text banking efforts. We did this! Read our victory blog. 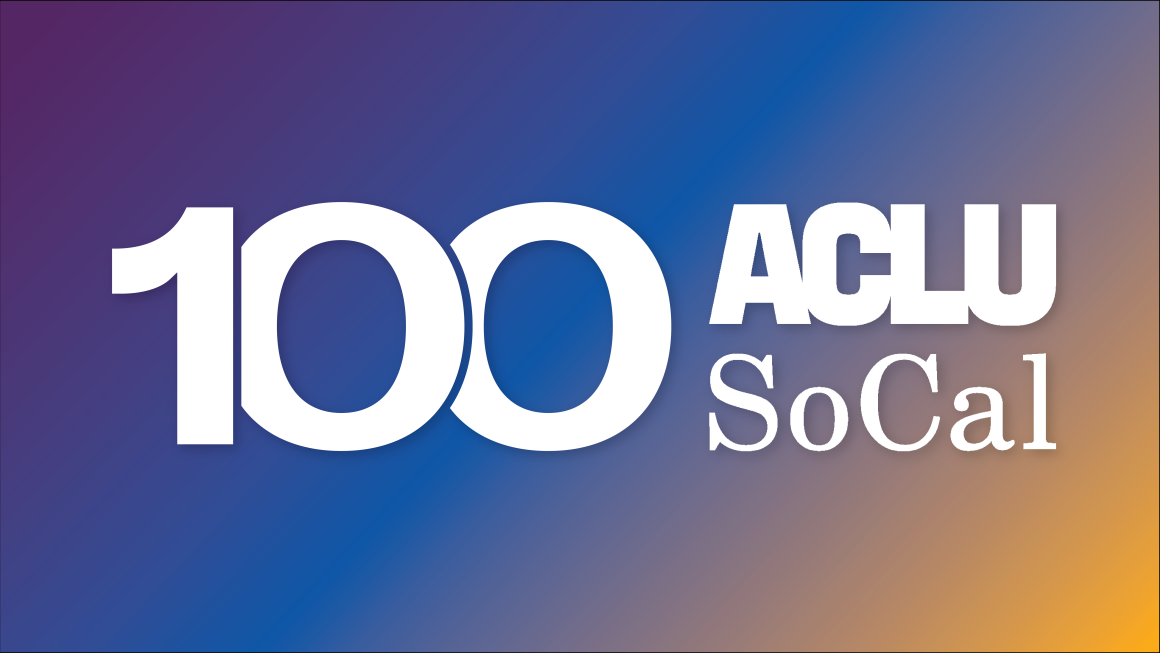 As we look toward the next year, and the ACLU SoCal’s centennial celebration, we acknowledge that we could not do all we do without the tireless efforts and energy of volunteers, activists, and community partners. For that, we thank you. Fighting to protect our civil liberties is no easy task, but we know when we work together, we are stronger, and we can win. We are eager to continue championing civil liberties for all in 2023 — and for the next 100 years.