If you take part in a protest

Where may I engage in free speech activity?

Generally, all types of expression are constitutionally protected in traditional "public forms" such as streets, sidewalks, parks and public plazas. California permits speech activities, such as handout leaflets, in facilities operated by state and local governments and open to the public as long as they do not significantly disrupt the normal operations of the facility. These speech protections do not apply to federal government facilities, such as the interiors of federal office buildings or courthouses, where significant restrictions on activities such as chanting, handing out leaflets, etc. may apply. In addition, free-speech activity generally cannot take place on private property absent the consent of the property owner, except where the property is open to the public in the same way as a public street or park, like a shopping mall, but not a strip mall, or in front of big box stores. Shopping malls must allow speech activity subject to reasonable time, place and manner rules— ask your local mall for their rules.

Do I need a permit before I engage in free speech activity?

Not usually; however, government may require permits for certain types of events. Generally, these events are: 1) a march or a parade that does not stay on the sidewalk, and other events that require street closures; 2) a very large rally; and 3) activity which obstructs vehicle or pedestrian traffic. Many permit procedures require that applications be filed with the police department or the city or county well in advance of the event. However, the government must allow you to obtain a permit on short notice if the event is organized in response to unforeseeable and recent occurrences.

If organizers have not obtained a permit, where may a march take place?

In general, if groups of individuals stay on the sidewalk and obey traffic and pedestrian signals, their activity is protected. They may be required to allow enough space on the sidewalk for normal pedestrian traffic and may not obstruct or detain passers-by. It is always advisable to check with the city or the police to find out about permitting requirements—contact your local ACLU affiliate if the requirements seem unreasonable.

May I distribute leaflets and other literature on public sidewalks?

Yes. Pedestrians on sidewalks may be approached with leaflets, newspapers, petitions and solicitations for donations. Tables may also be set up on sidewalks for these purposes as long as demonstrators do not block entrances to buildings and passers-by are not physically detained. No permits are required.

Do I have a right to picket on public sidewalks?

Yes. No permit is required to picket, but it must be done in an orderly, non-disruptive fashion so that pedestrians can pass and entrances to buildings are not blocked. Pickets are not required to keep moving but may remain in one place as long as they leave room on the sidewalk for others to pass.

Do counter-demonstrators have free speech rights?

Counter-demonstrators should not be allowed to physically disrupt the event they are protesting, but they do have the right to be present and to voice their displeasure. Police are permitted to keep two antagonistic groups separated but should allow them to be within the general vicinity of one another.

Are you allowed to disrupt another person’s speech?

In the context of a public meeting, although the law is not settled, heckling should be protected unless you are attempting to physically disrupt an event, are drowning out the other speakers or otherwise substantially disrupting the event in a way that is not customary for the event.

Is it legal to silence a speaker for provoking a crowd?

Generally, no. Even the most inflammatory speaker cannot be punished for merely arousing the audience. A speaker can be arrested and convicted for incitement only if s/he specifically advocates illegal actions and only if those illegalities are imminently likely to occur.

May the government impose a financial charge for exercising free speech rights?

Some courts have permitted charges that cover actual administrative costs or the actual costs of re-routing traffic. However, if controversy or the content or viewpoint of the speech is used to apply higher costs— such as requiring a large insurance policy — or if the charges are entirely arbitrary, then the courts will not permit it. Regulations with financial requirements should include a waiver for groups that cannot afford the charge. Check to see if other groups have been granted waivers in the past—if so, denying your group a waiver may be discriminatory. 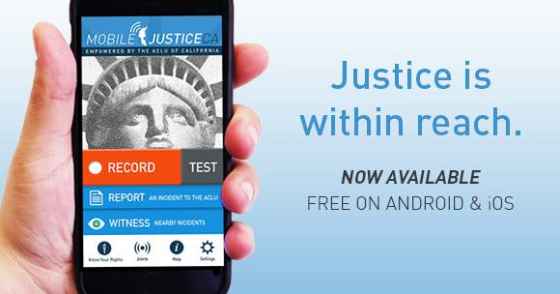