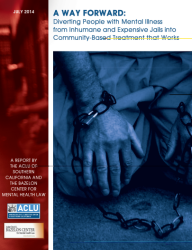 A Way Forward: Diverting people with mental illness from jails into community-based treatment

July 2014
This report sets forth recommendations that would allow L.A. County officials to establish and implement diversion programs for inmates with mental illness charged with non-violent offenses.
View Report 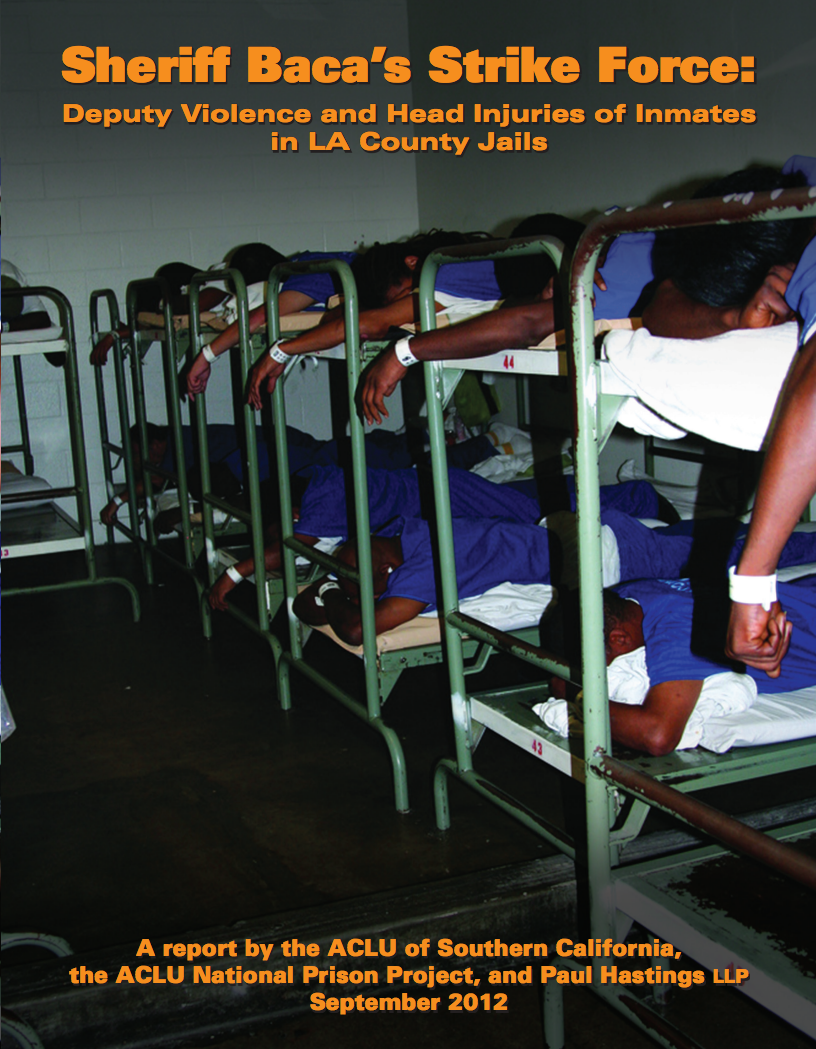 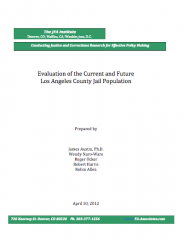 April 2012
This report provides a plan that will allow the Los Angeles Sheriff’s Department(LASD) to safely manage its jail population within its current jail facility capacity.
View Report 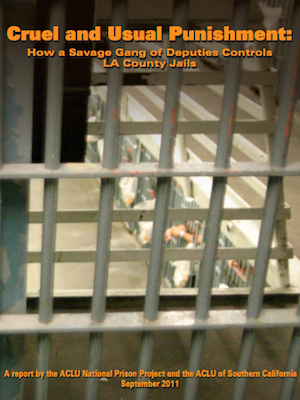 September 2011
To be an inmate in the Los Angeles County jails is to fear deputy attacks. In the past year, deputies have assaulted scores of non-resisting inmates, according to reports from jail chaplains, civilians, and inmates.
View Report 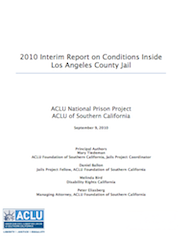 May 2010
The widely reported violence at Men’s Central is particularly disturbing because the vast majority of people being held at the jail are simply awaiting trial.
View Report

July 2008
One only had to tour a jail or prison to understand how violence and madness were bred by massive overcrowding.
View Report

These guidelines set forth the minimum standards for conditions of treatment of inmates in Los Angeles County jails facilities.
View Report

These guidelines set forth the minimum standards for conditions of confinement in Los Angeles County jails facilities.
View Report