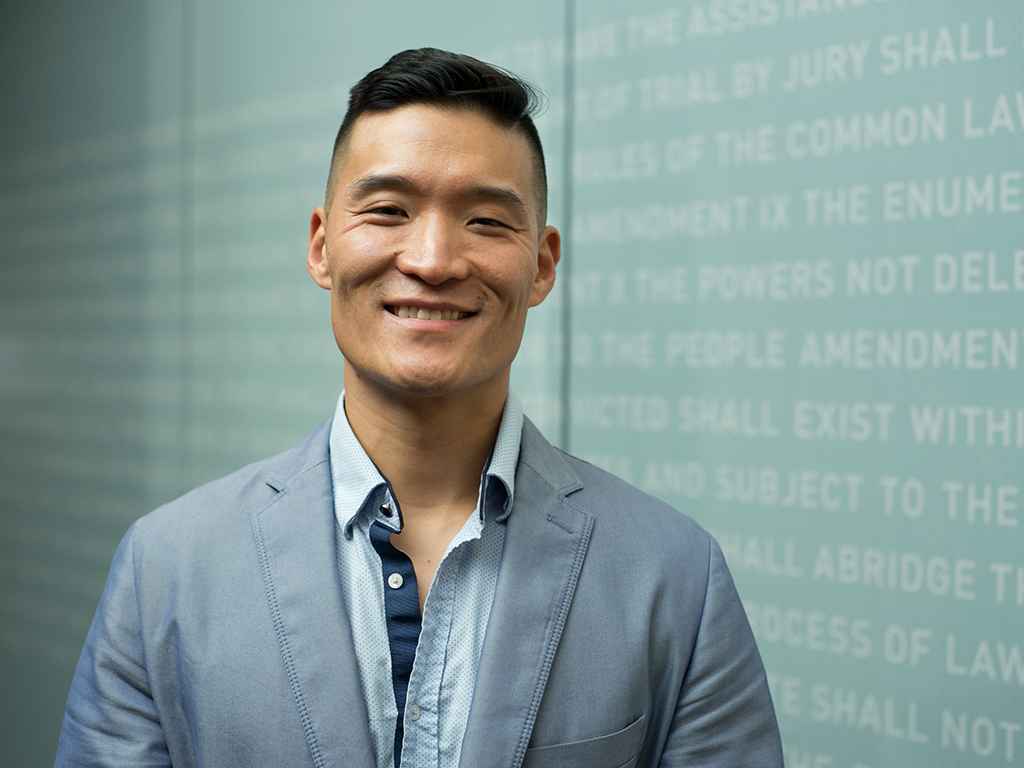 Andrés Dae Keun Kwon is Policy Counsel and Senior Organizer at the ACLU of Southern California.

Andrés works on the intersection of immigrants’ rights, policing, and criminal justice reform. He joined ACLU SoCal in 2016 and was previously Equal Justice Works Emerson Fellow.

Andrés has worked in immigrants’ rights and social justice for more than a decade and speaks fluent Spanish and Korean. As recent immigrants from Argentina, Andrés and his family struggled to access effective, ethical lawyers to navigate a complex, punitive criminal-immigration legal system he has since worked to transform. After about seven years as a community organizer in New York, Andrés went to law school so that, as an organizer and human rights lawyer, he could fight alongside individuals and families like his who struggle to access justice.

Andrés is the first in his family to earn an undergraduate degree, let alone a graduate degree. He holds a Bachelor of Arts degree from the University of Michigan and a Master of Public Administration degree from the Maxwell School of Syracuse University. Andrés is a 2016 graduate of the Epstein Program in Public Interest Law and Policy at UCLA School of Law, where he was the recipient of the Emil Joseph Stache Scholarship and served as Senior Editor of the UCLA Law Review.

During the summer of his first year of law school, Andrés was a legal intern at The Bronx Defenders, supporting immigration experts and public defenders who seamlessly integrated criminal and immigration representation. Since beginning his second year, through legal internships at the ACLU SoCal, Andrés led an effort to strengthen the representation of poor immigrants charged with crimes in Southern California. This work has brought about the expansion of immigration expertise within public defender offices, including the fivefold expansion of the Immigration Unit of the Los Angeles County Public Defender's Office.