The ACLU Foundation of Southern California is the court ordered monitor of the conditions of confinement and medical services within all Los Angeles County jail facilities. The Jails Project also monitors conditions in the Santa Barbara Sheriff’s Office jails.

Through advocacy, public education and litigation, we work to ensure that a basic standard of care is provided to individuals who are incarcerated. We also work to decrease our community’s overreliance on mass incarceration by advocating for alternatives to incarceration and discharge planning to help reduce recidivism. 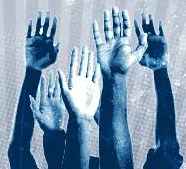 On behalf of an inmate regarding quality of life, jails services, or inmate abuse.