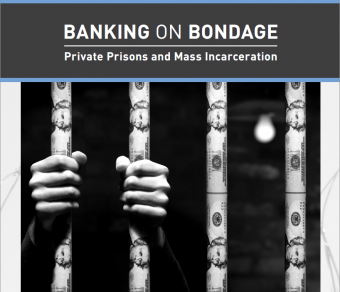 While the nation’s unprecedented rate of imprisonment deprives individuals of freedom, wrests loved ones from their families, and drains the resources of governments, communities, and taxpayers, the private prison industry is expanding at an exponential rate, holding ever more people in its prisons and jails, and generating massive profits. Private prisons for adults were virtually non-existent until the early 1980s, but the number of prisoners in private prisons increased by approximately 1,600 percent between 1990 and 2009. In 2010, the two largest private prison companies alone received nearly $3 billion in revenue.

As detailed in the report, this year advocates of for-profit prisons trotted out privatization schemes as a supposed answer to budgetary woes in numerous states, including Arizona, Florida, Ohio, and Louisiana. But the evidence that private prisons provide savings compared to publicly operated facilities is highly questionable, and certain studies point to worse conditions in for-profit facilities.

Now is the time for serious criminal justice reform, not privatization schemes. The private prison industry feeds off the mass incarceration problem and cannot be part of the solution. The only real way to cut prison spending is to cut the number of people we keep in prison.

To learn more, listen to this new podcast with private prisons expert Alex Friedmann, then go here to read more about the ACLU’s work to end reliance on private prisons.