The report, "Towards Accountability: Overcoming LAPD’s Flawed Disciplinary Process," synthesizes decades of public criticism and commission findings over the LAPD's disciplinary process, including reports issued in the wake of high-profile LAPD scandals that identify the "Board of Rights" as a root cause of rampant misconduct within the department. The Board of Rights is the LAPD disciplinary board that determines whether officers who commit serious misconduct remain on the force or receive significant discipline.

The groups' recommendations include:

"The City Council has the opportunity to make good with its voters and implement a disciplinary process that is fair and transparent," said Melanie Ochoa, ACLU SoCal staff attorney. "Officers who commit serious misconduct should not get a free pass."

In March 2017, Los Angeles voters approved Charter Amendment C, which mandated that the City Council adopt an ordinance changing the existing Board of Rights system to give officers the option of an all-civilian review. The City Council also created an Ad Hoc Committee on Policing, purportedly tasked with providing a public process for investigating the failings of the current system and improving LAPD discipline.

"Rather than coming to the community, the City Council has asked the L.A. Police Commission to draft recommendations on police disciplinary process," said Melina Abdullah with Black Lives Matter-LA. "We say, 'no more.' No more giveaways to police unions, no more targeting of Black, Brown and poor communities by police. No more cover-ups by these interlocking systems of oppression. We need a community process with real civilians and real power to hold police accountable."

While the City Council is free at any time to make changes to the Board of Rights or other elements of the LAPD disciplinary system, it is explicitly tasked with doing so right now. The report and the series of recommendations it proposes should inform the City Council’s next steps towards meaningfully improving LAPD discipline. 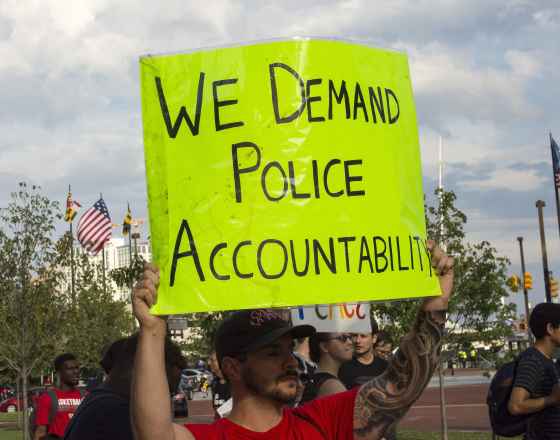 The LAPD's Board of Rights Is The Most Important Body You May Have...