SAN DIEGO — Using misinformation, deception, and coercion, Border Patrol and ICE officers have pressured hundreds, if not thousands, of Mexican nationals with deep roots here in the United States into forfeiting their right to a fair hearing and a chance to live here lawfully, alleges the ACLU in a lawsuit being filed today in federal court in Los Angeles.The lawsuit, Lopez-Venegas v. Napolitano, alleges that as a matter of regular practice, Border Patrol agents and ICE officers pressure undocumented immigrants to sign what amounts to their own summary expulsion documents.  The procedure is formally known as “voluntary departure,” but it regularly results in the involuntary waiver of core due process rights. An individual who signs for voluntary departure immediately surrenders his or her rights to a hearing before an immigration judge and is usually expelled to Mexico within a matter of hours.

“It’s unconscionable that immigration agents perpetually fail to tell individuals with the most to lose that there are direct and certain consequences of taking voluntary departure,” said Lucero Chavez, Immigrant Rights Attorney for the ACLU of Southern California. “One of the most serious of those consequences is a ten year bar prohibiting return to the United States. No one should have to make such a critical decision without knowing all the repercussions.”
The class action lawsuit filed by the ACLU of California, the ACLU Immigrants’ Rights Project, and Cooley LLP cites the experiences of seven individual plaintiffs, none of whom has a criminal background and many of whom were approached by immigration officers while doing routine daily activities, such as waiting for a bus. All of these individuals have close family members in the United States and could have obtained relief against removal from an immigration judge or under Department of Homeland Security programs, but immigration officers affirmatively misstated the consequences of voluntary departure and pressured them to sign their own expulsion documents.  The lawsuit is also filed on behalf of two organizational plaintiffs, the Coalition for Humane Immigrant Rights of Los Angeles and the Pomona Economic Opportunity Center, which have been forced to divert their scarce resources in response to these unlawful practices.
Border Patrol was sued nearly thirty years ago for similar misconduct in its treatment of asylum seekers and children, but it disturbingly continues to pressure aspiring citizens to sign away their rights. This lawsuit demonstrates that those who are supposed to protect our borders and the values that America embodies instead too often demonstrate an acute disregard for human and civil rights.  In order to convince immigrants to sign their own expulsion papers, agents and officers have intimidated and physically abused them, threatened to retaliate against their families, held them incommunicado, and presented them with false information.  This is not how an American law enforcement agency should behave.
“The policy and practice of misrepresenting an individual’s legal rights to summarily deport them from this country is inconsistent with the fundamental notions of fairness and due process under our Constitution.  The United States derives its core strength because we embrace these values and abide by the rule of law,” said Anthony Stiegler, partner at Cooley LLP.  “We expect that this lawsuit will lead to the cessation of these forced ‘voluntary departures,’ the reunification of aggrieved individuals with their families and the improvement of our critical border patrol policies and practices.” 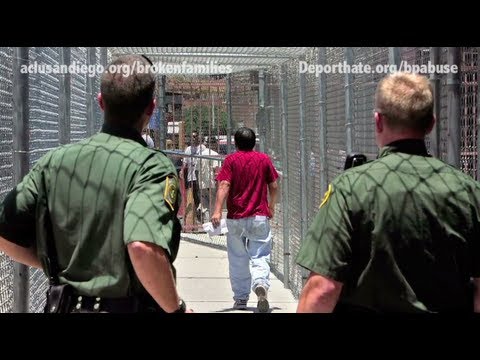