By Melissa Goodman, @mg718 and Ariela Migdal, @ArielaMigdal
The Directors’ Guild of America has released its annual diversity report on TV directing, and it confirms what reports have shown over the past many years: calling “Action!” is still the province of white men, with no improvement for women or women of color since last year. 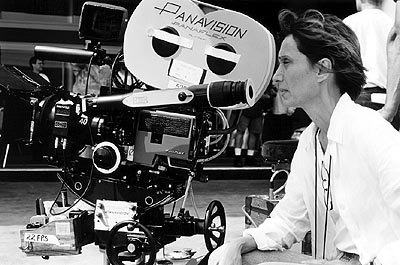 Are you a woman director who has faced discrimination in the industry? Tell us your story. Photo: Fox Searchlight Pictures

Women directed only 14 percent of all episodes in 2013, and women of color directed only 2 percent of episodes, both unchanged since 2012. A full seventy of the 225 TV series analyzed – nearly a third of all shows on TV – did not hire a woman to direct a single episode.
This shut-out of women directors is an equality and civil rights issue that should concern all members of the viewing public, especially when viewed in the context of women’s under-representation in the entertainment industry more broadly.
Women, and women of color most egregiously, are overwhelmingly excluded from directing in both TV and film.  This kind of gender segregation would be concerning in any industry, but it’s especially troubling because the sector is so dominant in southern California (indeed, it’s simply known as "the industry").
But it is also concerning because what this industry produces so profoundly shapes and influences our culture. The longstanding exclusion of women and people of color (men of color directed 17 percent of episodes, up 3 percent from last year, an improvement attributable entirely to Tyler Perry directing his own shows) is more than an employment discrimination issue. It also means that the cultural content watched by millions of Americans in their homes is created almost exclusively by white men. Recently released studies once again document how this gender disparity negatively affects how women are portrayed on the screen, which, in turn impacts how women and young girls perceive themselves and their opportunities in life.
The “celluloid” ceiling is shockingly hard to crack. Recent reports have shown that what's true for directors is true for behind-the-camera jobs more broadly. One report recently showed that women make up only 23 percent of film crews, and only 2 percent of directors on 2013’s 100 top-grossing movies, and only 5 percent of workers in cameras and electrical departments.
Women directors have begun to speak out about the pervasive discrimination they face. This is important, as it’s increasingly clear that the old boys’ network in TV and film directing will not change on its own.
Are you a director who has faced discrimination? Tell us your story.
Melissa Goodman is director of the LGBT, Gender & Reproductive Justice Project at the ACLU of Southern California, and Ariela Migdal is attorney for the ACLU Women's Right Project. Follow ACLU SoCal on Twitter.
Related Issues