The reign of terror ends at L.A. County Jails

By Peter Eliasberg and Margaret Winter

For many years there's been an entrenched culture of savage deputy-on-inmate violence in the Los Angeles County Jails – violence as extreme as anything we've seen in decades of investigating some of the most notorious jails and prisons in the nation.

Beatings that left inmates with shattered bones, eye sockets and teeth were commonplace. There was even a gang of deputies inside the jails, dubbed "The 3000 Boys," inked up with signature tattoos, who proved their allegiance to the brotherhood by beating up inmates. Inmates with serious mental illness – deputies called them "dings" – were prime targets for violent abuse.
Now, what was almost unimaginable only a few years ago is about to become a reality: a sea-change.

Today, the L.A. County Board of Supervisors entered into an agreement consenting to the entry of a federal decree in the ACLU's lawsuit Rosas v. Baca, which we filed in 2012 together with the firm of Paul Hastings LLP. The landmark decree will implement and enforce sweeping changes to the jails' policies and practices.

The roller-coaster ride that led to today's settlement began in 2008 when we published the first of a series of reports documenting widespread, organized deputy abuse against inmates. Sherriff Leroy Baca's spokesmen denied everything. On another occasion, the department's Chief of Custody Operations insisted that there was an organized conspiracy of inmates who lied about deputies to get them in trouble.

In September 2011, the ACLU issued a report that the sheriff couldn't shrug off: "Cruel and Usual Punishment: How a Savage Gang of Deputies Controls LA County Jails." The report was backed up by more than 70 sworn statements by victims – and by highly credible civilian eyewitnesses, including jail chaplains, a movie producer, and the ACLU jails monitor.

The ACLU report resulted in a firestorm of media coverage and public outrage. After years of frustrated reform efforts, the genie was finally out of the bottle.

In October 2011, the Board of Supervisors – in direct response to the ACLU's report – created the Citizens' Commission on Jail Violence, a blue-ribbon panel of former federal judges and prosecutors, tasked with gathering evidence, holding public hearings and making findings.

In January 2012, the ACLU filed its class-action suit against the sheriff. Ten months later, the Citizens' Commission issued a blistering final report, concluding that "The problem of excessive force in the county jails lies with the department's leadership."

The Citizens Commission findings galvanized public opinion. And over the next 18 months there was a series of new blows to the sheriff's department: federal civil rights probes, criminal indictments and convictions, and jury damages in the millions against sheriff's deputies in favor of their victims. A federal jury, in an unprecedented verdict, found Sheriff Baca himself personally liable for punitive damages to one of the victims. Baca announced his retirement shortly thereafter. 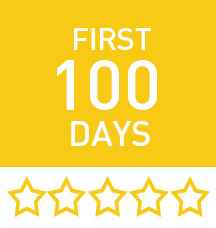 With today's settlement, the county has agreed to submit to a consent decree, backed by the enforcement powers of a federal court, to ensure they don't return to the bad old days.

For hundreds of thousands of current and future inmates of L.A. County Jails, and for their families and the greater L.A. community, this is a red-letter day. The L.A. jails have been a very dark and toxic place for a long time – and sunlight has turned out to be the best disinfectant.