Year after year, joining a gym is at the top of New Year's resolution lists. When it's time to choose a gym, people might review the list of classes, try out the equipment, and tour the facilities — but there's one important thing that is often overlooked: reviewing the gym's policies to ensure that the gym is welcoming and inclusive of transgender and non-binary gym goers.

Christynne Wood is a transgender woman who faced discrimination and harassment after she was denied access to the women's locker rooms and restrooms at the Crunch Fitness gym in El Cajon. When she requested access to the women's facilities, the gym imposed barriers such as requiring a doctor's note and proof of surgery – in violation of California law. Even after Christynne presented court documents changing her legal name and gender, the gym refused to grant her access to the women's facilities, citing unfounded safety concerns. The ACLU Foundation of Southern California, the ACLU Foundation of San Diego and Imperial Counties, and the law firm Nixon Peabody LLP joined a state lawsuit on Christynne's behalf.

Learn more about Christynne's fitness journey and the ongoing case against Crunch Fitness.

But it is possible to do better. The City of Santa Monica trained the staff at its swim and recreation facilities on the California laws that require respecting individuals' gender identities and best practices for managing any questions that may arise. Around the country, a number of school districts have adopted policies clarifying that all students have the right to access the locker room facilities that match their gender identity, and a number of courts have upheld such policies.

Policies like these send a clear message to the public that staff and educators will not only support and respect people of all gender identities, but also that they won't tolerate harassment and discrimination. The ACLU of Southern California encourages folks to do their research and choose a gym that aligns with these principles — and if you already belong to a gym, ask your gym about their locker room and restroom access policies.

An inclusive and respectful gym is one that: 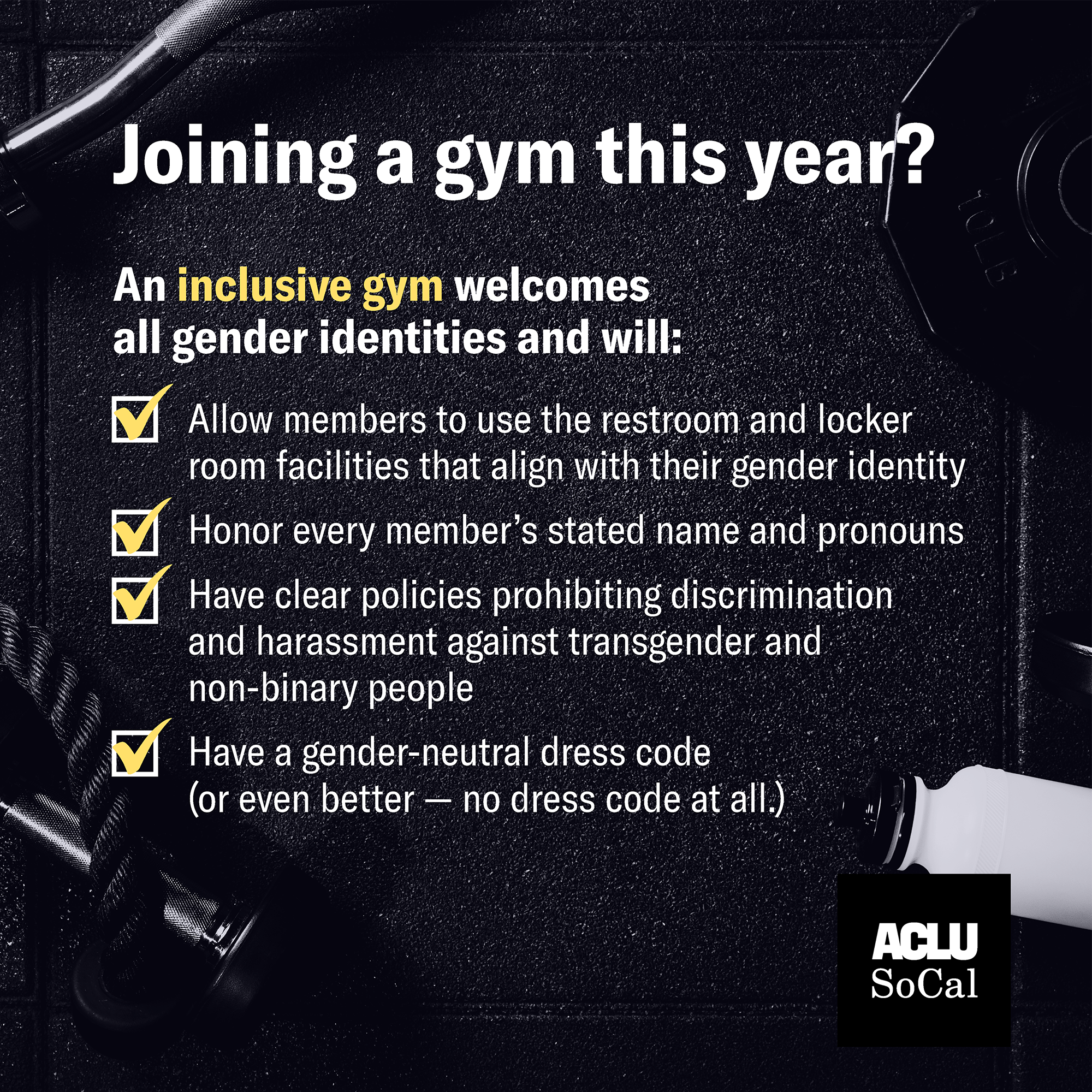 The new year is an opportunity for everyone to look toward the future and do better — including gyms. This year, let's challenge them to be more inclusive. Going to the gym should be a positive and healthy experience for everyone.