I lost my drive after my older brother Rufus was sentenced. I didn't care. I didn't trust. That was my attitude. Rufus was the father figure I looked up to. When he went to jail for the rest of his life, I started looking up to his buddies. A lot of them are dead or in jail now.
This is my family’s story, but it didn’t have to be this way. 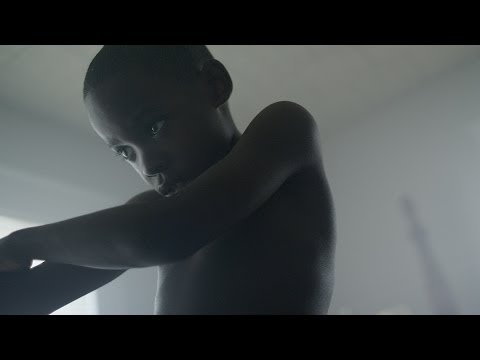 When you’re young, it’s like you're sold a dream. I was in community college for filmmaking, getting to class on time every day. One time I even got behind the camera and practiced for broadcast. The director was telling me to move the camera through my earpiece. I tell you it was amazing.
But the dream crumbled. If you go to a doctor and that doctor doesn't help you, you're not going to trust that doctor. That's how I saw the justice system, the cops. They say they're there to serve and protect, they’re there for law and order. But it was like they wanted my brother and me to go to jail. They threw us away.
One night I was on my way to a party, and the police stopped the car I was in. They told us to lie with our faces in the gravel while they looked at our ID. They said that I was driving with a felon, which violated my parole. I pleaded with these people. Why am I going to jail? What is it accomplishing? Nothing, but it’s keeping me out of school. That really messed me up. I had to drop out of school. It was like crumbling. Like falling.

I’m not the only one. Instead of serving and protecting, the laws we have on the books throw people away. But I know the story could be different. These laws are made, and we can change them.
The only way I see to take a stand is for everyone to come together. Things would get better if the authorities would show people something other than harassment. Things would get better if people would speak against laws like the one that took my brother away for something so petty. Right now, the authorities see us as the enemy and we're looking at them as the enemy. But we've got to put the differences aside and come together on something good. You know what I'm saying?
I'm not thinking of myself anymore. When I hear my kids call me “Daddy, daddy,” I love it. I want to tell them the things I had to learn on my own. I see big things for my kids. I want the story to be different for my kids.
It’s time to reform mandatory minimum sentencing policies that are extreme, ineffective, and waste taxpayer dollars. One way we can rollback some of the mandatory minimums in the federal system is by urging Congress to pass the bipartisan Smarter Sentencing Act, which will give judges the ability to determine sentences that fit the crime. Click here to take action.
Cross-posted from ACLU Blog of Rights; by Lance White.
Related Issues