Immigration Detention Was a Black Box Before COVID-19. Now, it’s a Death Trap.

Since the start of the COVID-19 pandemic, people locked up in immigration detention facilities have feared for their lives. Detainees have raised concerns over their inability to practice social distancing and lack of sanitation materials — even basic soap to clean their hands and cells. Instead of addressing these concerns, detention officers have responded to detainees’ pleas for help by punishing them, placing them in in solitary confinement, and even tear-gassing detainees asking for safer conditions.

This risk is imminent: Yesterday, news broke that two officers at the Richwood Correctional Center in Monroe, Louisiana died of COVID-19 after facility officials barred them from wearing face masks. As of today, at least 449 immigrant detainees have now tested positive for the virus; 45 percent of ICE detainees tested have come up positive for COVID-19. These numbers are likely a severe undercount and will continue to grow. Earlier this month, ICE Acting Director Matt Albence confirmed to Congress that ICE had tested less than two percent of detainees nationwide. Albence also testified that ICE did not plan to release any additional detainees to slow the spread of COVID-19 in detention facilities, as such release could give the impression that the administration is “not enforcing our immigration laws.”

While researching this report, our teams conducted site visits to five detention centers in Louisiana, Mississippi, and Arizona, all opened under the Trump administration. Three of these five detention facilities now have confirmed COVID-19 cases, including the Richwood Correctional Center, where two officers have already died from the virus. Today, 10 of the 28 ICE detention facilities with confirmed cases of COVID-19 are facilities that have opened under the Trump administration. And unless ICE quickly releases medically vulnerable people from detention, COVID-19 outbreaks at these facilities will are set to overwhelm local hospitals and intensive care units.

Based on interviews with 150 detained people, detention facility site visits, and analysis of countless records — including some we had to sue to access — Justice Free Zones documents the inhumane growth of the immigration detention machine under the Trump presidency. Our intention is not to suggest that other administrations did not have problematic policies and practices related to detention: The trend toward increased detention and the increased role of private operators has been underway since the early 2000s and rose sharply under the Obama administration. That said, the Trump administration’s approach to immigration detention has created a situation more dire than any in recent memory.

Our research of detention centers opened under the Trump administration exposed sordid conditions and inadequate medical care, abuse and retaliation against detained people who dared speak up against abuse, and the impossible odds for receiving release from detention. These conditions that have set up a tinderbox for COVID-19 to explode.

At the Richwood Correctional Center in Monroe, Louisiana, run by the private prison company LaSalle Corrections, we met a doctor who explained that a request to see an outside specialist to set a broken bone could be booked “within a week.” We also saw the solitary confinement cell where Roylan Hernandez Diaz, an asylum seeker from Cuba, had died by suicide only weeks before our visit. During our visit, Richwood officials confirmed that there are no mental health professionals available on site at the facility. Forty-six detainees at Richwood have already tested positive for COVID-19; two guards have now died.

At the Winn Correctional Center in Winnfield, Louisiana, run by CoreCivic, Inc., we saw cruel treatment and neglect of immigrants with disabilities. Manuel Amaya Portillo, an asylum seeker with disabilities affecting his mobility who made repeated requests for a wheelchair, which staff did not address, reported that medical staff locked him in the medical unit and gave him sedatives during a facility inspection tour by government-contracted outside inspectors. Other detainees at Winn also reported being locked up in solitary confinement for over a week after talking to journalists about conditions at the facility. Three detainees at Winn have now tested positive for COVID-19.

At La Palma Correctional Center in Eloy, Arizona, also run by CoreCivic, Inc., a Honduran asylum seeker told us that another detainee was grabbed by the head and slammed against the wall by officers for taking papers out of his belongings on his first day of detention. People at La Palma reported water leaking into cells, gray drinking water, clogged toilets that were only a foot from the beds, and poor ventilation. Twenty-four detainees at La Palma have already tested positive for COVID-19.

At Jackson Parish Correctional Center in Jonesboro, Louisiana, run by LaSalle, many detainees reported that they did not have soap for bathing or cleaning supplies for their cells or bathrooms — even before COVID-19. Several men at Richwood described a recent scabies outbreak, during which they were stripped and sprayed with chemicals by guards. Several people detained at Winn reported black mold growing on the walls and leaks in the roof that would soak peoples’ beds.

To date, the ACLU and its affiliates have filed over 30 cases around the country to free people from immigration detention in light of the COVID-19 crisis. The mass growth of the ICE detention machine — as well as the horrific conditions inside them and the huge profits being made off detained people — are not normal.

We will not allow these horrors in detention to be normalized. We will not stop fighting for the rights of the people who are caged. It is time for our nation’s immigration system to move away from its reliance on incarceration for management of a civil system. Instead, ICE should utilize alternatives to detention that are more humane, efficient, and cost-effective. We must ensure that Congress reduce funding to ICE for detention operations and shift to community-based alternatives to immigration detention that are not driven by profit. 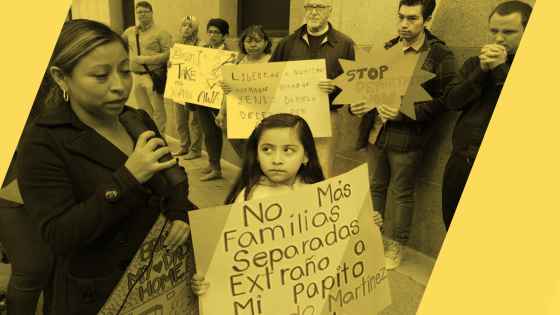 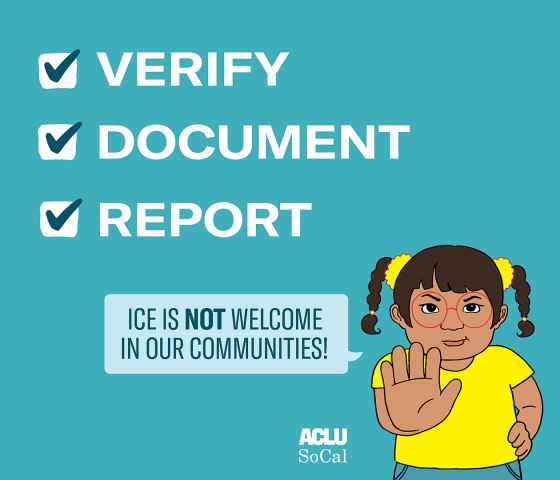