I work as a registered nurse in an intensive care unit in Southern California. Since the COVID-19 pandemic began, I’ve been working alongside my colleagues as we try to save the lives of the sickest patients and comfort their families. The hours have been long, and we have all seen more than our share of sorrow.

Fortunately, for most of the pandemic I had my husband to lean on. It was comforting to know that while I was in the unit, he was at home caring for our two young children and that when I came home he would be there to support me.

That changed in July, when ICE detained him during a routine check-in. Now they are saying that he will be deported to Pakistan as soon as they are able to put him on a flight. I need your help to try and stop that from happening.

Amir and I were introduced to each other by a mutual friend in New York. I loved listening to him talk. He was so knowledgeable and interesting. In Pakistan he had been a doctor, later coming to the United States on a student visa to pursue a PhD at the University of Texas in environmental science. While he was there, he started dating a woman who eventually became his first wife.

Then 9/11 happened. As a Pakistani Muslim, Amir suddenly became a target of the FBI due to his research into bioluminescent bacteria, and agents showed up at his door, interrogated him, and took him away. It took them a few weeks to realize their suspicions were baseless and though they never acknowledged it, based on discriminatory profiling. Unfortunately, in the months prior to this incident, he and his wife had become estranged. As a result, he was then transferred from FBI custody to ICE, where an officer told him that the collapse of his marriage had made him deportable.

For three years, Amir fought to stay in the U.S. from the inside of a detention facility. He taught himself immigration law, filing over 200 cases on behalf of other immigrants while also dealing with his own case. Eventually, he was released after a custody review.

But Amir’s troubles with ICE didn’t end there. Every time they could, they detained him again, hoping that they would be able to get documents from Pakistan that would allow them to send him back.

Despite this ordeal, Amir and I fell in love, moved to California, and started our family. He told me about the problems he’d had with ICE, but I didn’t care — I believed we would find a way to work it out.

Now we have two children, one of whom is a year and a half old and another who is six. Every summer, Amir has dutifully checked in with ICE, who have been issuing him temporary work permits and allowing him to remain in the country with us. He started a business, and has been a taxpayer and member of the community here.

I wanted Amir to apply for a marriage visa for us, but he feared that it would anger ICE and lead to his deportation. His time in detention psychologically scarred him and left him afraid of what might happen if he rocked the boat.

This past July, when Amir went to his check-in with ICE, they didn’t let him leave. Without warning, they detained him, saying that they had obtained documents from Pakistan that would allow him to be deported, and that they would be doing so as soon as they could. 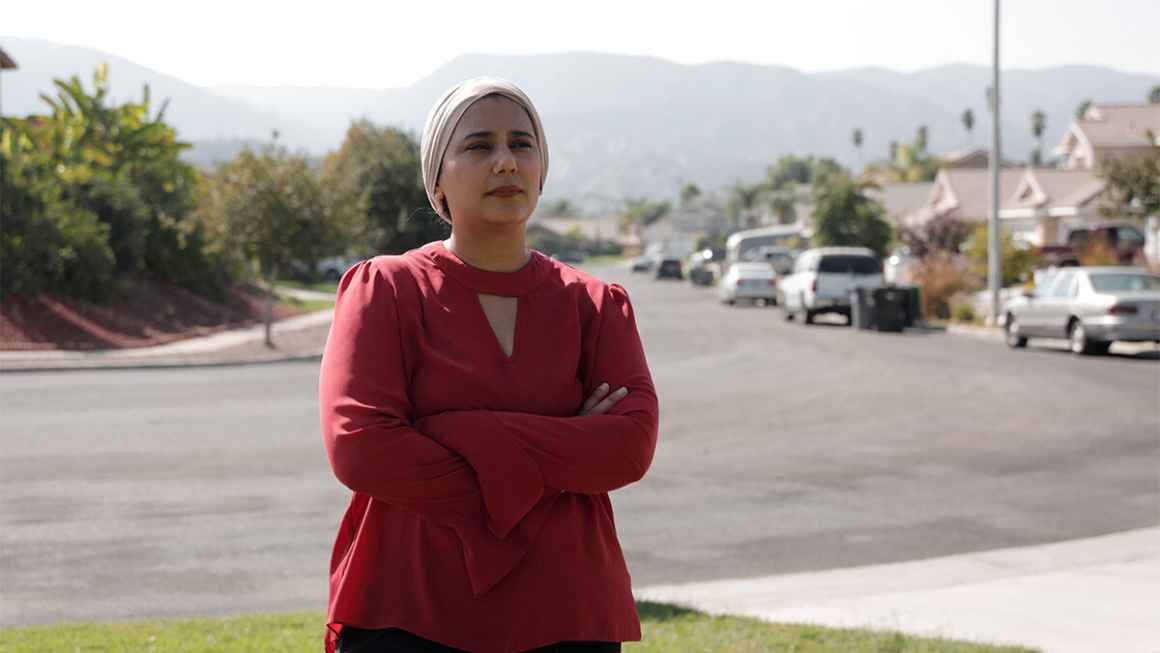 Urooj Alavi. Photo by Wey Wang for the ACLU.

The months since Amir’s detention have been devastating for me and my family. I cannot stop working — my colleagues need me, and now that my husband’s income is gone, I am the sole breadwinner. When I am working, my children are in the care of a babysitter, but if anything were to happen to me they would have nowhere to go. Already, two other nurses at my ICU have become sick with COVID-19.

To make matters worse, last week I received horrible news. Amir had been complaining of the lack of precautions in the Adelanto Detention Center, a privately run facility that has a contract with ICE to hold immigrants. He told me that there was no social distancing and that they were often packed into holding cells without regard for anyone’s safety.

Now, he has contracted COVID-19.

Hearing of his treatment since he became sick has been horrifying. Despite his positive diagnosis at Adelanto, ICE seems to have covered up the test results before transferring him to another facility in Arizona, where he once again tested positive. Now his condition has worsened. The last time we spoke, he told me that his fever had reached 104 degrees.

As a medical professional who deals with COVID-19 every day, I am shocked and appalled at ICE’s irresponsible conduct regarding the highly contagious virus. As a wife, I am terrified for my husband, who is a cancer survivor. Amir is a doting father and a gentle man. He deserves better than this.

Once Amir recovers and tests negative for COVID-19, ICE says that they will chain him in shackles and fly him to Pakistan, a country he has not seen in nearly 20 years. I’m not sure what will become of our family if that happens. They call me an essential worker, but how much can they really care about me if they are willing to treat us like this? Even though we are U.S. citizens, my children and I may be forced to leave my country and my job as a nurse, just to keep our family together.

Deporting Amir will not make America stronger, better, or safer. It will separate our family and cause grave suffering for me and our children. It pains me to know that we are not the only family facing this kind of treatment from ICE. I need your help to keep Amir here with us. Time is running short, but it’s not too late yet.