The 57 Million-Dollar Question: How much is a misguided body camera program really worth?

Before the Los Angeles City Council approves more than $57 million to pay for the police department’s body camera program, councilmembers should take a hard look at what they’re getting for our money.
Many councilmembers and other leaders have touted body cameras as boons for increased transparency, accountability and improved public trust. 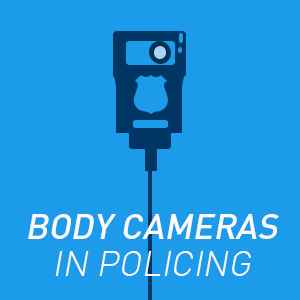 But the L.A. Police Department’s body camera program, governed by the policy currently in place, will not achieve those goals. At the end of the day the cameras are only tools, and the way that LAPD plans to use them would, sadly, undercut the values of transparency, accountability and public trust they are meant to promote.
If the public never gets to see the video, the cameras cannot hope to further transparency. Much of the broad public support for body cameras is based on the assumption that the video will be released and the people will be able to see for themselves what the footage captured.

But LAPD’s policy completely fails to provide for any public access to body camera video, and LAPD has made clear that it will not release the videos unless required to do so in court—or unless the chief, in his discretion, believes it would be “beneficial.”

And the department has publicly said that it will not release in most cases of shootings or alleged misconduct and has refused to produce body camera footage in high-profile shootings.

Equally disturbing is that the department requires officers involved in critical incidents or accused of grave misconduct to review video before providing initial statements. That requirement taints evidence and undermines the integrity of investigations.

As many other agencies and law enforcement professionals have recognized, giving officers a chance to tailor their story to the video evidence undermines their credibility even when they tell the truth—and the cognitive effects of reviewing video actually changes the memory officers are asked to recount.

That effect on officers’ memory inevitably hurts rather than helps accountability and public trust. It also significantly undermines whatever marginal improvement in internal accountability may come from the police commission having access to videos in such incidents.

Another great concern is that the policy provides no clear limits on LAPD using body camera footage for general surveillance, or using analytical tools such as facial recognition technology on footage. Nor does it provide guidelines for whether the cameras should be activated during peaceful protests, or how any resulting footage could be used. Body-worn cameras are supposed to help provide accountability and transparency for policing, not to expand surveillance of the public.

The LAPD’s body camera plan has been referred to subcommittees and won’t come before the full council until next year. The estimate of more than $57 million includes $31.2 million for a contract with Taser International Inc. for over 6,000 body cameras, storage and other services relating to the cameras and other equipment. By any standard, this program represents a tremendous investment of taxpayer money.

The LAPD and the police commission have refused to hold the full and meaningful public hearings that the department’s body cam proposal deserves. But the city council can and should hold those hearings now before they commit to spending tens of millions of taxpayer dollars.

Councilmembers should take this opportunity to hear from independent experts, members of the community and other stakeholders on the policies necessary for body cameras to achieve what we all hope they will and use their authority to bring LAPD’s policies in line with those goals. Anything less will amount to a waste not only of public funds but of an invaluable opportunity for improving policing in Los Angeles.

Read our letter to the L.A. City Council

Catherine Wagner is staff attorney/fellow at the ACLU of Southern California.