Making Progress Towards an Even Playing Field

The proliferation of charter schools is reshaping public education in California and we are facing a crossroads.  Charter schools have the potential to direct additional resources and provide new educational opportunities to California students.  However, they also have the potential to cause harm by concentrating resources on certain students – likely those who already enjoy the most resources – thereby entrenching longstanding inequities.

Last August, the ACLU of Southern California and Public Advocates Inc. published Unequal Access: How Some California Charter Schools Illegally Restrict Enrollment.  The report revealed that at least 253 charter schools in California were potentially violating the law by maintaining exclusionary admission requirements for students.  Unlike traditional public schools, charter schools have significant autonomy and are not required to follow many parts of the California Education Code.  However, like traditional public schools, charter schools must admit all students who wish to attend and may not discriminate against students, including those who are low income, English learners, or struggling academically.

Our investigation revealed over two hundred California charter schools had publicly-posted policies that excluded, or had the potential to exclude, students due to pre-enrollment requirements including:

After publishing the report, we received an immediate surge of positive responses.  The California Charter Schools Association (CCSA) published a statement agreeing that exclusionary admission requirements based on academic performance are unlawful, stating “charter schools must be open to any student interested in attending, and no student or group of students should be excluded or discriminated against as a result of enrollment and admissions policies at any public school, including charter public schools.”  CCSA further stated that “more must be done” to ensure that charter schools do not require parents to volunteer or donate money as a condition for their children’s enrollment.

"charter schools — public schools — are clearly laying out obstacles bigger than those in the applications of private universities, with requirements that put low-income students, foster children and those from poorly educated or immigrant families at a disadvantage. No students should have to write lengthy autobiographies or divulge their medical histories to a school that could then decide their asthma or history of cancer makes them a bad bet. Their autobiographies might include information about parental ties to the community or immigration status — information that no public school has a right to know. Parents shouldn’t have to volunteer on campus to get their kids into school — those who work two jobs, or have younger children to care for, probably don’t have the time — or write essays of their own, especially when they might not be literate."

To date, 119 out of 253 charter schools in violation have confirmed with us that they have changed their admission policies and public documents to remove exclusionary language and conform to the law since the release of our report.

While we are encouraged that many charter schools have amended their policies, more work needs to be done. Roughly six months later, the majority of the charter schools we identified in our report have not provided any indication that they have eliminated their exclusionary policies.  We urge these schools to review their policies closely and remove any exclusionary language. We also call on charter authorizers to hold the charter schools they oversee accountable for admitting all students.  The authorizers must familiarize themselves with the law and closely monitor charter petitions, policies, and practices to ensure they are consistent with the law and do not discourage any students from enrolling.  The ACLU and Public Advocates will commit to continue working with schools and authorizers to ensure that their policies are clear and inclusive. However, when they remain intransigent, we will explore all available means to bring them into compliance.

Finally, we recognize that our study is only a first step. First, the list of exclusionary policies we reviewed was not exhaustive. By way of example, we did not evaluate whether schools excluded or pushed out students by screening students with disabilities, by requiring students to submit recommendations, or discourage English learners from applying by failing to provide enrollment documents in multiple languages.  Second, we identified violators only by reviewing their publicly-available policies and did not investigate whether schools are excluding students in practice.  We have heard numerous reports that charter schools have excluded or pushed out students even when they do not have explicit exclusionary policies.  Going forward, we intend to address these gaps and will continue to work to ensure charter schools equitably serve all students.  We encourage others to perform similar studies.

In the meantime, we rely on students, parents, educators, advocates, and other stakeholders to expose exclusionary practices and to file complaints where schools violate the law.  It is up to all of us to hold charter schools accountable. We must remain vigilant and ensure that California’s charter schools provide all students with an equal and fair opportunity to attend.

See a spreadsheet of California charter schools with exclusionary policies 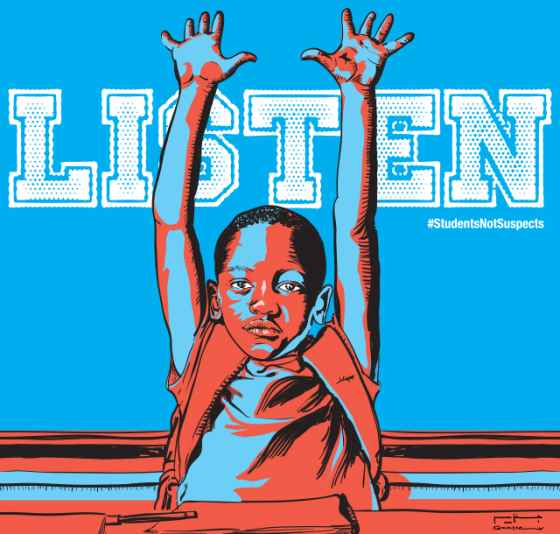