Please join us for an afternoon of hearing from those impacted by the L.A. Sheriff's Department (LASD) and building our next steps towards justice.

L.A. County Sheriff Alex Villanueva got elected on a story he told Los Angeles about accountability, reform, and community.

He claimed he would to kick ICE out of the jails, but has handed access to ICE contractors.

He claimed he would hold his officers accountable but has sheltered deputies from disciplinary action, deactivated misconduct investigations, and rehired a deputy who was fired for domestic abuse, stalking, and harassment.

Under Sheriff Villanueva, the LASD is continuing their legacy of the flagrant abuse of communities of color and active facilitation of the deportation pipeline.

We demand justice. We demand accountability. Join us to build power and make a safe and just county for Angelenos. 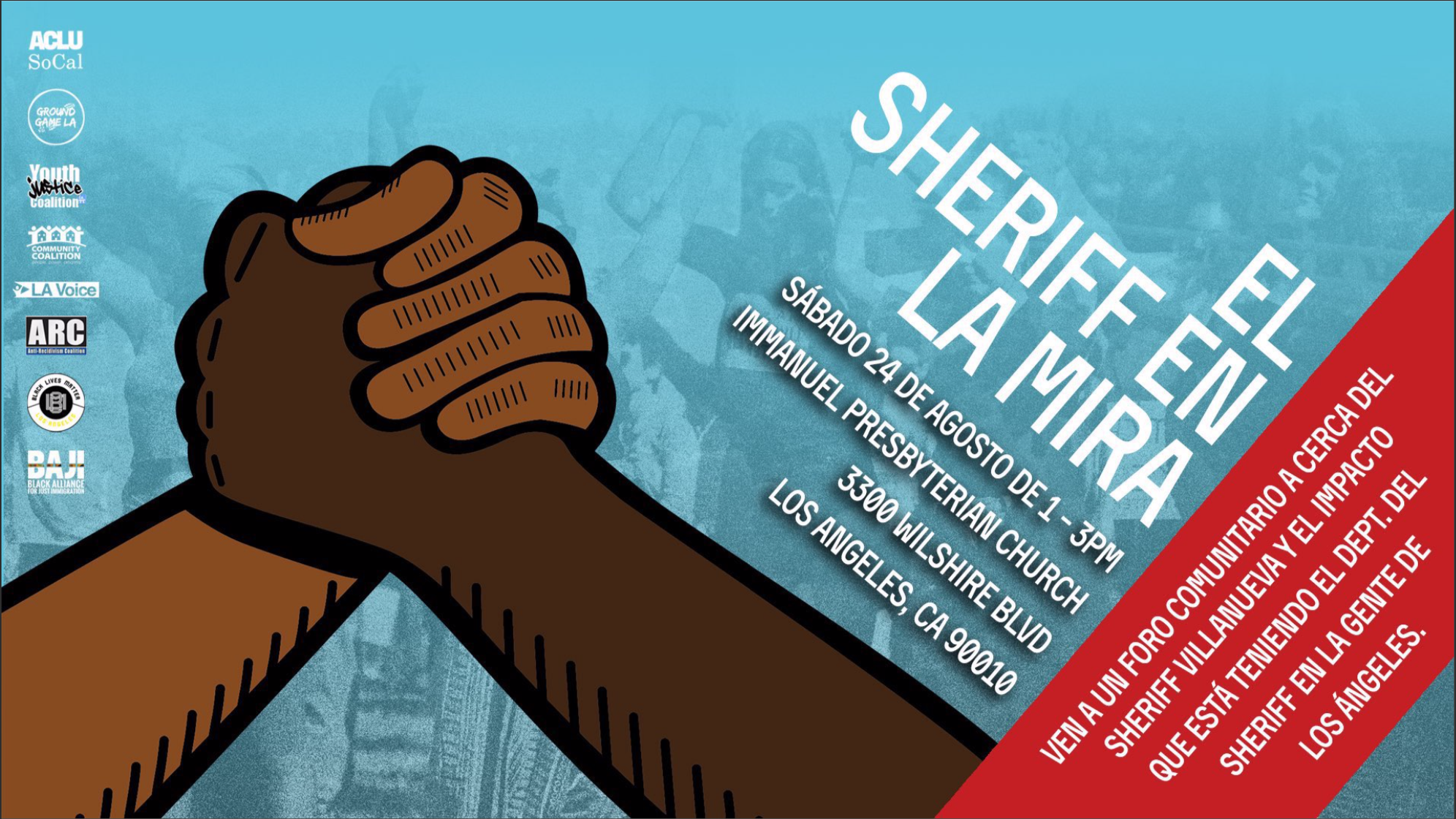