In May of 2020, more than 900 people incarcerated in Lompoc had tested positive for the virus — that’s more than 65% of positive tests in all of Santa Barbara County, where the prison facilities are located.

The ACLU, along with the Prison Law Office and pro bono counsel from the law firm Bird Marella and Manatt, Phelps & Phillips brought and litigated a class action lawsuit against Lompoc, arguing that while the rest of California took extraordinary measures to stop the spread of coronavirus, the Bureau of Prisons had failed to take preventive measures as basic as isolating sick prisoners, allowing social distancing, or providing enough soap.

The lawsuit demanded that Lompoc comply with the law and its own policies and reduce the prison populations under the CARES Act to allow for adequate social distancing and sufficient access to medical care during the pandemic. The lawsuit also demanded that Lompoc improve its practices on testing, isolating, screening, quarantining, and treating for COVID-19.

On July 14, 2020, the Court issued a preliminary injunction and ordered the Bureau of Prisons to institute a speedy process by which Lompoc must consider for home confinement prisoners who are over the age of 50 or who have at least one health condition that puts them at risk of serious illness from COVID-19 complications. The Court also ordered a medical expert to conduct a site visit of Lompoc to assess the prison’s COVID-19 response, which exposed numerous areas in which Lompoc’s pandemic response was deficient.

After monitoring Lompoc’s compliance with the Court’s preliminary injunction, class counsel brought and won two more motions to enforce the original order. The additional Court orders prohibited Lompoc from sending those eligible for home confinement to halfway houses, and from denying people transfer to home confinement based solely on the amount of time left to serve or based on the nature of a prior conviction. More than 233 people at Lompoc have been transferred to home confinement.

Two years after the original lawsuit was brought, the parties reached a Settlement Agreement that is further described below. Copies of the Settlement Agreement, Class Notice, and motion for attorneys’ fees are available at the “Documents” links below.

A settlement of the Lompoc class action, Garris v. Milusnic, has been reached. Read the settlement.
ORDER
The Court issued a preliminary injunction and ordered the Bureau of Prisons to institute a process by which it must consider for home confinement prisoners who are over the age of 50 or who have at least one health condition that puts them at risk of serious illness from COVID-19 complications. Read the order granting the preliminary injunction.
FILING
The American Civil Liberties Union Foundation of Southern California, the Prison Law Office, and the law firm Bird Marella filed this class-action lawsuit in U.S. District Court in Los Angeles on behalf of people incarcerated in the Federal Correctional Institutions in Lompoc. Read the complaint. 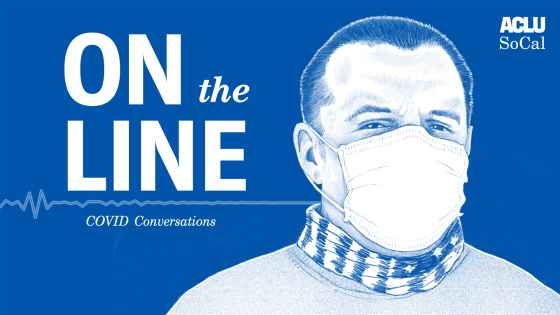