“The City and County of Los Angeles are attempting to use these curfews to suppress Black Lives Matter – L.A.’s right to protest,” said Melina Abdullah, a co-founder of BLM-L.A. “They are attempting to suppress our ability to fully mobilize and focus full attention on the true issue of concern in the protests — police violence against Black people.”

The ACLU Foundation of Southern California filed an emergency lawsuit on behalf of Black Lives Matter - Los Angeles (BLM-LA) and individual journalists, protesters, and other individuals — the suit challenges the draconian curfews imposed throughout Southern California to crack down on widespread protests against systemic police violence towards Black people.

The curfews’ extraordinary suppression of all political protest in the evening hours plainly violates the First Amendment to the U.S. Constitution, and their blanket restrictions on movement outside working hours violate the Constitution’s protection of freedom of movement.

It has become increasingly clear that law enforcement officials are not just controlling crowds, but also suppressing speech. L.A. County Sheriff Alex Villanueva told reporters that the L.A. County curfew will remain in force “until the organized protests are gone.”

The lawsuit was filed in U.S. District Court in Los Angeles by the ACLU SoCal on behalf of BLM-LA and individual plaintiffs, including:

Ahilan Arulanantham, senior counsel of the ACLU SoCal, said, “These unconstitutional curfews have suppressed a huge amount of important political protest activity and disrupted the lives of over 10 million people. The curfews must end now.” 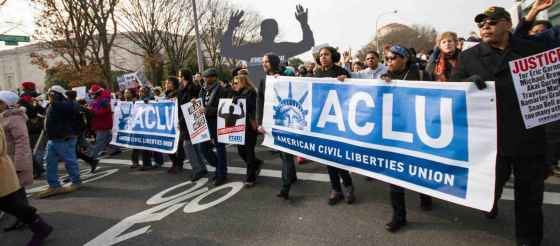