Watch footage from ACLU/SC's 19th Annual Law Luncheon
The ACLU of Southern California hosted its 19th Annual Law Luncheon on Friday, May 31, where it honored individuals dedicated to civil liberties. Attorney and advocate Sandra Fluke received the Courageous Advocacy Award and delivered the keynote address to over 450 guests at The L.A. Hotel in Downtown Los Angeles.
Fluke began her career as a social justice activist during and after college and later continued her advocacy as a law student at Georgetown. Last year, she spoke to members of Congress about the importance of insurance coverage of contraception, which led to conservative commentators attacking her character.
Other honorees at the event featured attorneys from top law firms in Los Angeles, such as Bird, Marella, Boxer, Wolpert, Nessim, Drooks & Lincenberg PC for their victory in persuading the LA Sheriff’s Department to adopt changes that allow favorable evidence for criminal defendants in cases of deputy-on-inmate violence.
Attorneys from Wilson Sonsini Goodrich & Rosati PC were commended for their work in reforming teaching methods within the Dinuba Unified School District by ensuring quality reading skills are taught to first-time, English-learning students. The ACLU/SC Annual Law Luncheon recognizes lawyers in private practice, and other individuals who work hand-in-hand with our affiliate.
“We are always working to empower people, making sure they can assert their constitutional rights,” said Hector Villagra, executive director of the ACLU/SC. “It is our privilege to recognize and highlight these individuals and firms who are eager to lend their time and expertise to this cause.”
[nggallery id=4]
View more photos from the event.
Watch Sandra Fluke receive the Courageous Advocacy Award and deliver her keynote address: 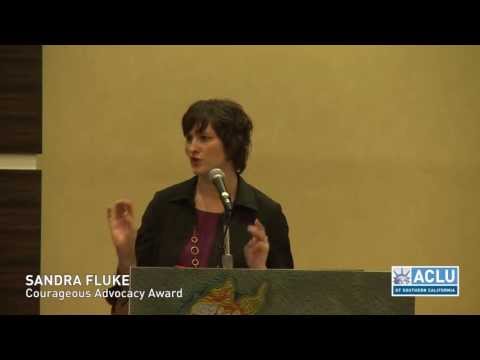 The ACLU SoCal sends its thanks and pays tribute to all of its sponsors for this year's luncheon: 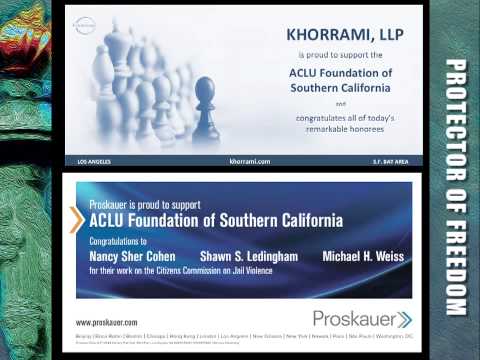