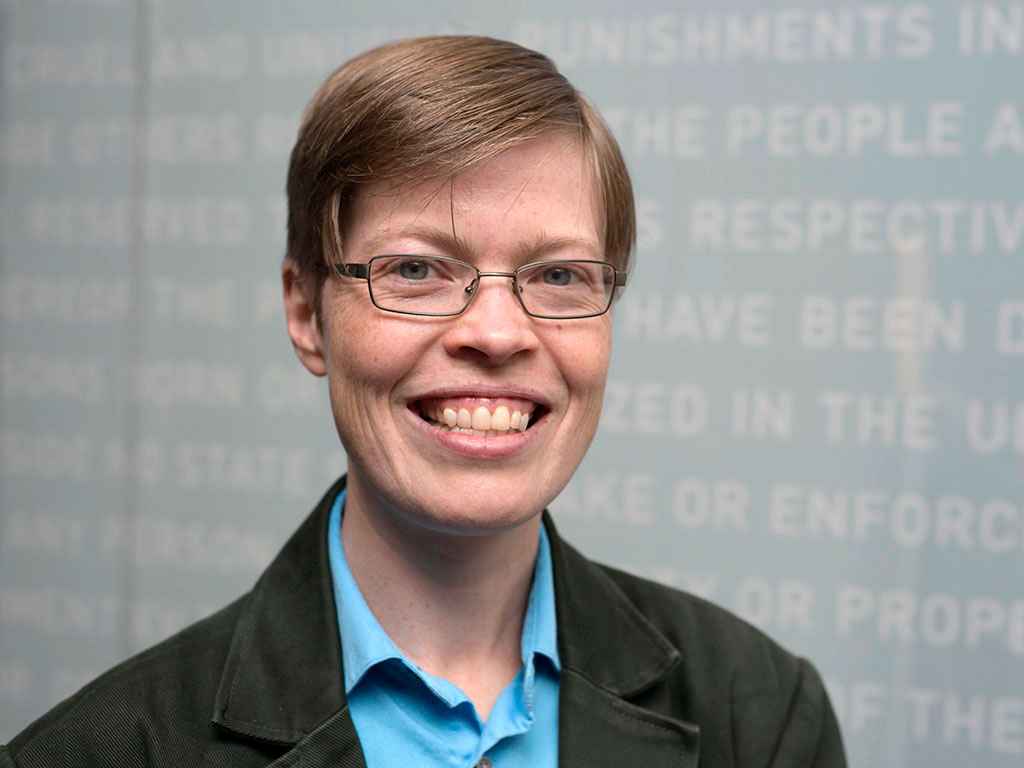 Amanda is the Audrey Irmas Director of the LGBTQ, Gender & Reproductive Justice Project at the ACLU of Southern California. She fights for the rights and civil liberties of LGBTQ people through litigation and policy advocacy.

Amanda was previously senior staff attorney at ACLU SoCal and a staff attorney in the LGBT & HIV Project of the National ACLU, where she contributed to litigation victories involving marriage equality, domestic partner benefits, and the rights of people living with HIV in prison, as well as to the advancement of nondiscrimination laws and other LGBTQ-affirming policies at the local, state, and federal levels, and to community education projects like the publication Transgender People and the Law. Amanda also previously served as Director of Litigation at Inner City Law Center in Los Angeles, as Senior Counsel in the New York City Law Department, and as Legal Coordinator for a group providing pro bono name change assistance to transgender New Yorkers. In 2015, Amanda was named one of the 40 Best LGBT Lawyers under the age of 40 by the National LGBT Bar Association.

Amanda is an alum of Harvard Law School and Rice University. She is also a member of the Board of Directors of Genders & Sexualities Alliance Network, and a former fifth grade teacher.

Five Reasons to Lift Up the "B" in LGBTQ